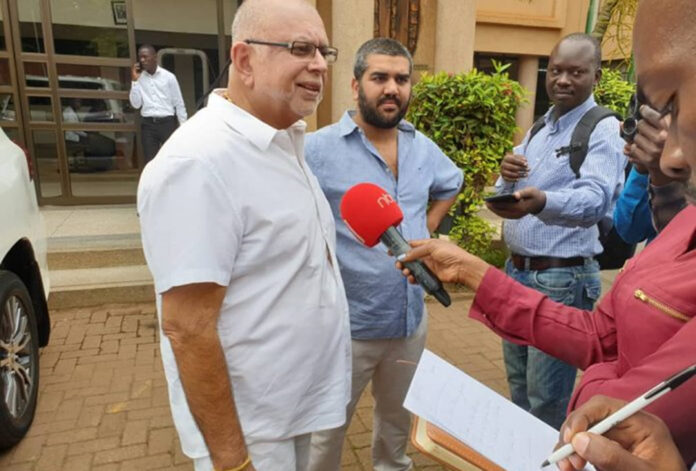 KAMPALA: April 3 has been set as the hearing date of the case in which city tycoon Sudhir Ruparelia sued city law firm Sebalu & Lule Advocates, seeking to stop them from representing dfcu Bank for alleged conflict of interest.

Justice Paul Gadenya of Commercial Court declined to begin the hearing of the case on Wednesday and instead decided to give another date after two judges opting out.

“I had asked this case to be mentioned because it is my first time dealing with it. However all I want now is to have the hearing plan for this application,” Justice Gadenya said.

The case was first handled by Justice Elizabeth Jane Alividza who stepped aside thus forwarding it to Justice Wangutusi who also returned it back to her thus ending in the hands of Justice Gadenya.

The case has now been fixed for hearing on April 3 after all parties agreeing that they had no witnesses they intended to call in court.

However, Mr Peter Walubiri the lawyer of Sebalu and Lule Advocates asked court to allow him to file an affidavit in reply to Mr Ruparelia’s affidavit citing there were new issues brought up which do not pertain in the case. Court has granted him leave to file on March 21 before the hearing begins.

Mr. Ruparelia, in his lawsuit filed in December last year, pointed out that Sebalu and Lule Advocates should not be representing Bank of Uganda and dfcu Bank since it has already represented Crane Management Services that owned Crane Bank which was controversially sold to dfcu Bank in January 2017.

“In view of the advocate-client relationship between the applicant (Crane Management Services Ltd) and the 1st respondent (Sebalu & Lule advocates), the latter’s continued participation as defence counsel for the 2nd respondent (Dfcu bank) herein, which is the defendant in High Court Civil Suit (HCCS) No. 109/2018 against the applicant/plaintiff, is prejudicial to the applicant’s head suit,” the petition reads in part.

Mr Rupareria also wants the court to issue a permanent injunction, restraining Sebalu & Lule Advocates from appearing as defence counsel for dfcu bank in the other court case that the two principals are battling out.