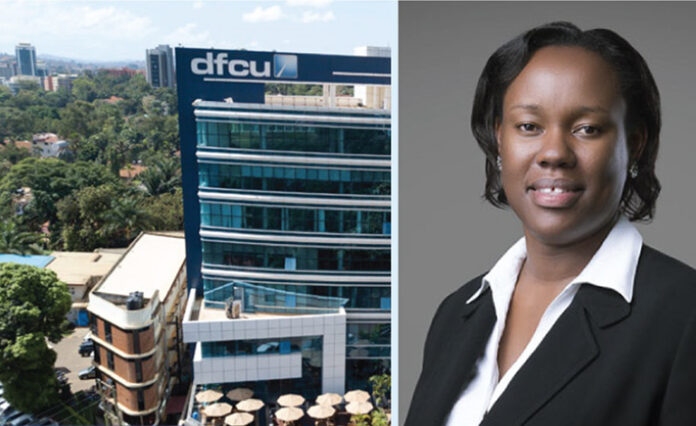 KAMPALA : A top Director has announced resignation from dfcu Ltd, the company that runs dfcu Bank, which has been accused for controversial takeover of Crane Bank.

According to the memo published by dfcu Ltd lawyers in the newspapers on Friday, Dr. Winfred Tarinyeba Kiruabwire, announced that she had left her role as non-executive director with immediate effect.

“She resigns due to another commitment she’s due to undertake in another regulated entity,” reads the notice published by dfcu Ltd lawyers Ligormac Advocates. 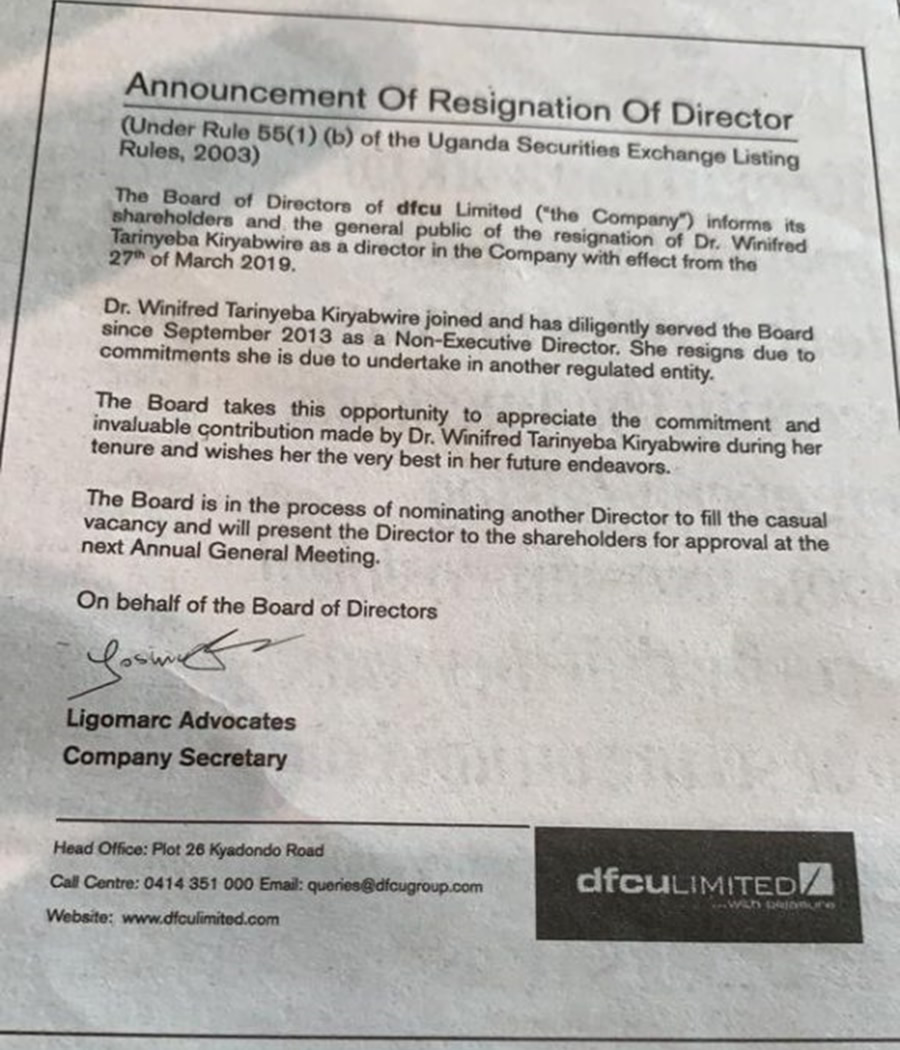 The notice indicated that the board was in the process of nominating another director to fill the role.

The development comes at the backdrop of published financial results of the dfcu Bank that showed a reduction in profits by a whopping 51%. It also comes less than three weeks after an official, the dfcu Bank’s company Secretary Agnes Tibayeita Isharaza crossed to NSSF, capping another troubled week for the bank.

After a bumper harvest in 2017 following the controversial takeover of Crane Bank, dfcu Bank has now recorded a whopping a 51.6% drop in its 2018 profits after tax, which fell to UGX 61.7bn from UGX 127bn, registered the previous year.

In annual financial statements published this week, the drop in income means that shareholders will receive less than half the dividends received in the last financial year. 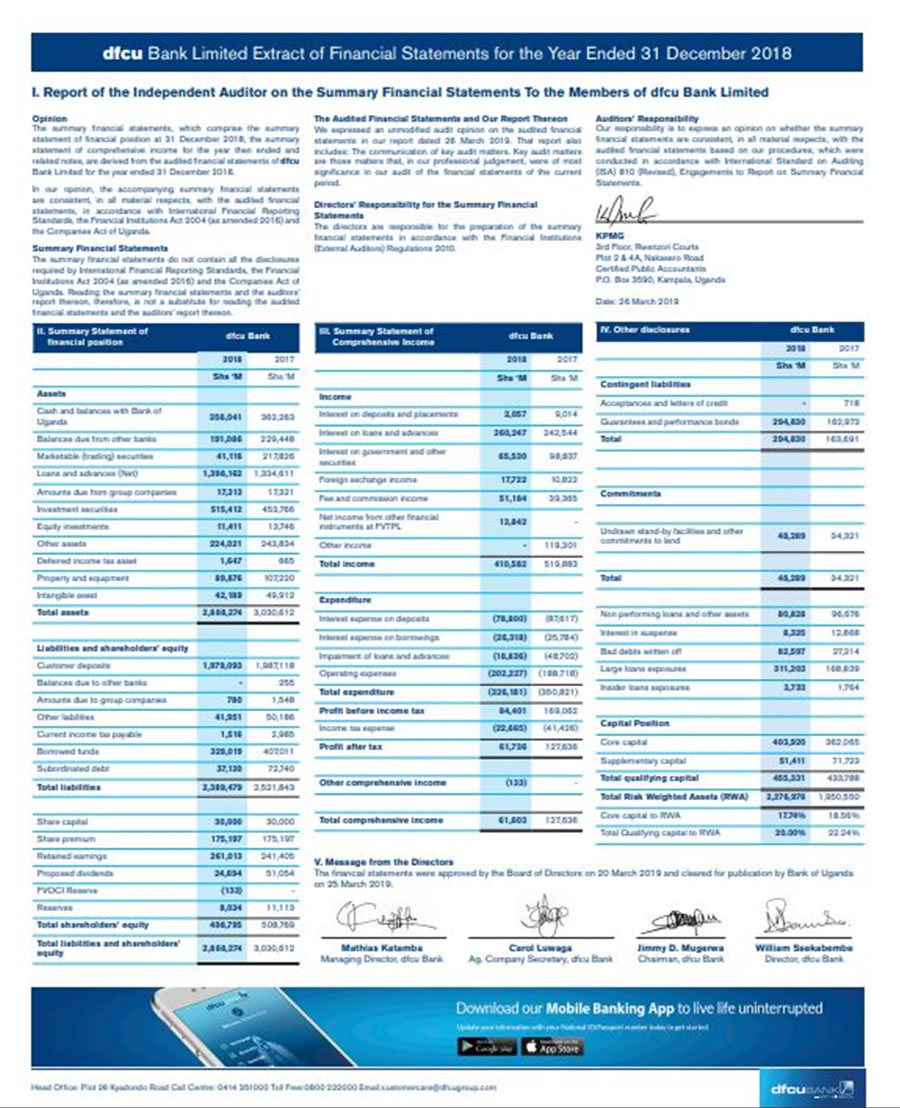 “The Board is recommending a cash dividend of UGX33.01 per share less withholding tax where applicable” a dfcu Group financial statement accompanying the bank’s statement and signed by Chairman Elly Karuhanga read.

In 2017, shareholders received a dividend of UGX 68.24 per share.
The drop in shareholders’ dividends is because only UGX 24.7b was set aside to be shared amongst them compared to 2017’s UGX 51b.

To make matters worse for dfcu shareholders, the value of their shares has witnessed a 28.8% drop from UGX 970 on July 17, 2018 to UGX 670, a price at which they were trading on the stock exchange on March 27, 2019.
The drop is partly attributed to negative public opinion generated by dfcu Bank following the controversial takeover of Crane Bank, with top investors pulling out and senior staff exodus in the aftermath.