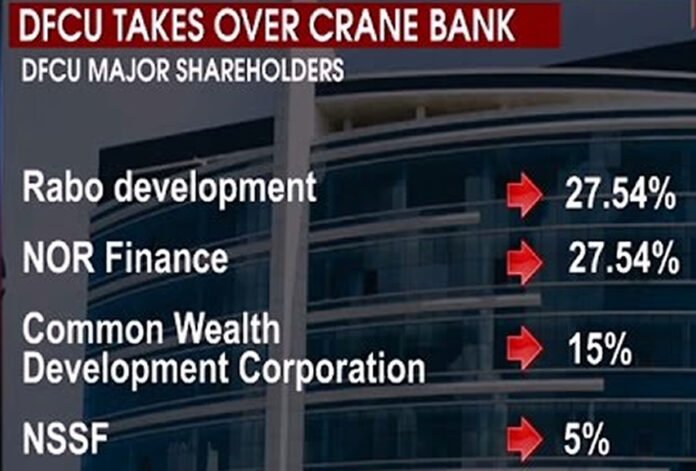 The 2008 global financial crisis shook the world but it had been triggered by someone or something. The bankers. They had been reckless. They in part paid the price for it but they survived. In the book, Too big to Fail by Andrew Ross Sorkin, he explores the boardroom moves to save the big banks in America. The eventual collapse of Lehman Brothers sent shock waves around the world, as other real-estate linked entities like Freddie Mac and Fannie Mae followed. Other big banks like JP Morgan Chase, Goldman Sachs, Deutsche Bank among others all survived. The bankers had not predicted the collapse, but as the storm approached, they could see the dark clouds.

“There aren’t enough lifeboats. Someone is going to die. So you might as well enjoy the champagne and caviar!” said Mr. Jamie Dimon, CEO of JPMorganChase, to his staff the night before Lehman filed for bankruptcy, according to Sorkin’s book. The worry for the American regulators was not how to put out the fire but rather controlling its movements in order to prepare for a soft landing. That crisis was in part brought about by mortgages – which can be classified to be part of the real-estate sector. That collapse led to global bankers and regulators to implement some rules on holding capital buffers in order to protect depositors.

These scenarios can best explain with the recent events at Crane Bank. Crane Bank was the go-to bank for Uganda’s construction boom driven by speculation. It was the go-to bank for traders. It was a big time lender. But the management was reckless. They were too exposed to a handful of clients. There is often a belief that the market will always correct. As other bankers turned away some of the borrowers, Crane Bank took them on. The buildings were half full. The investments did not generate enough returns. The money was also diverted. The market came in.

As a result of the capital requirements and reporting rules set by the Bank of Uganda (BoU), there must always be a provision for bad debts. You know why? This is to avoid customer deposits being put at risk. So, Crane Bank at the end of 2015 reported a loss. The cause of the loss? A Shs50bn provision for bad debts. People continued to default and by October 2016, more clients defaults and almost wiped out the entire Crane Bank capital. Remember they had capital reserves and buffers of about Shs210bn.

There are still unanswered questions especially on why they did not take over earlier and had to wait for the massive depletion. However, the October 2016 takeover told us one thing: “Crane Bank was too big to fail.” Instead of closing the bank, BoU operated removed the toxic assets and sold it to another investor.

“So, those of our people who claim that the bank has collapsed are fools. The bank is alive and well, if not kicking,” Prof. Emmanuel Tumusiime-Mutebile, the BoU governor scoffed at people suggesting Crane Bank would collapse.

To keep it afloat, there was some “working capital” injection into the bank to allow not to sink. Eventually, dfcu took over. The transaction also provided us with another lesson. The bankers have more information about each other than we probably know. You see at the time Crane Bank was beginning to feel the pinch, other big banks were refusing to lend to it. You know why? Because they were not sure whether it would pay back. The bankers were willing to lend Crane Bank money but at a rate that is even above what they lend to their customers. The bankers knew about it.

Dfcu also knows what it has taken over. Whether it is a big empty bank with bank branches operating at losses, dfcu knew about the operations of Crane Bank. Bankers always know about each other.

BoU officials are also chest-thumping that they avoided a ripple effect in the banking sector. Crane Bank was taken aside, sorted out and the other banks still standing. Some are still exposed to several borrowers but their shareholders raised capital to keep the banks afloat. The debate is now around whether dfcu will survive with the takeover of a bank that had been questioned on governance, reporting rules and the structure of its operations.

However, as this settles in and confidence is restored in the banking sector, we now know that operating a commercial bank is not like waking up to construct a shopping arcade. The regulations will always catch up with you. In the shopping arcade, the market will always correct you. With the bank, the regulator will ensure there is no hard landing for the bank if it is worth saving.