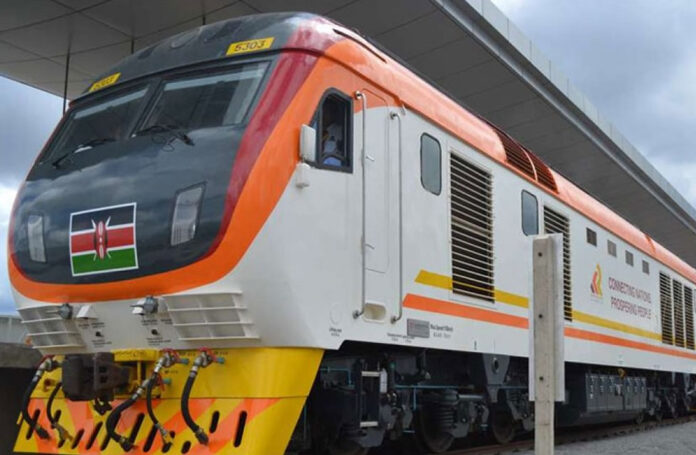 By October this year, Uganda will have closed the financing agreement for the construction of the first phase – Malaba to Kampala – of the Standard Gauge Railway (SGR).

There are a number of facts you may need to know about the SGR that will not only interest you but make you wish the project starts and be completed much earlier;

Uganda will construct a china class one SGR, as well as Kenya. Note that Ethiopia is running of a China Class two SGR. Uganda’s railway will try as much as possible to avoid corners- forget the snake like railway. For those that eat so much before every journey then become dizzy and also vomit as cars start making sharp corners- You are safe, it will be a smooth ride.

The old railway system is being run the Rift Valley Railways. It is referred to as the meter gauge. It will not be replaced by the SGR; however, the two will share a number of resources, most importantly train stations (Tororo, Kampala central) and land reserves.

The SGR will be a better version, modern, faster, pompous and trendy.

Many by now could be asking whether it’s possible to just develop the meter gauge such that it comes to a “recognizable standard”. Well, the deputy coordinator for the SGR, Emmanuel Iyamulemye says that it is not possible to rehabilitate the meter gauge system due to inherent constraints.

“We need to upgrade the entire system, the meter gauge cannot accommodate the new needs of the SGR, the project is about increasing the gauge from a meter to one and half,” he says.

Also remember the old railway was built by Indian Coolies and this one- Ugandan Coolies haha.

The trains will be electric, albeit some will be diesel powered. Someone will ask if we really have the power to run the trains if we cannot have constant supply in our homes.

“Yes, even today we can start with the Eastern Route with the required 50MWs, we already have that confirmation from the power distribution company,” Iyamulemye says.

The Main SGR network will have a command, control and signalling system that is automated with centralised traffic control, computer based interlocking switches and signals, CCTV coverage, optical fibre cabling and wireless communication.

The Eastern Route will be constructed first; the 27km line will start at River Malaba with a bride crossing over from the other side of the border to Uganda (built by the Kenyan contractor).

I have attached a video, do not dare click to the next point unless you have watched it, or else i will invoke the professor Nyanzi language.

The SGR will have 39 train stations. The stations will be built with modern state of the art facilities, seated on over 300 acres each or about  188,000 square metres of construction area.

The project aims at a dual transportation system (Cargo and passenger). For those who love cruising engines through Mabira, the persenger train will give the best speed experience, running at a speed of 120km/hr while the cargo train will cruise at 100km/hr.

This means that for business men, the transit time for cargo will be cut down from the current 5-14 days from Mombasa to Kampala to just a DAY.

Someone whispered to me here that for those that have been bar hopping from say Jinja to Kampala or vice versa, can now use this opportunity, you can hang in guvnor from 8pm to 10pm, then jump on train to Nairobi for tusker lager and return to Jinja for hangover cure.

The SGR will do double stacking, call it double decker (one container down and another on top) this means that the pay load will be four times more than the current one offered by the metre gauge railway.

The SGR will have two major bridges over the Nile, one at Jinja (Approximately 1km long) and another at Pakwach (100metres).

The bridges will be constructed with no single pillar in water, but on suspended steel and concrete arch.  There will not be at disturbance of the water flow, neither displacement of any aquatic ‘residents’.

Eight (8) tunnels will be built and they will cover 2462 meters. While, several passages will be created for wild animals

The eastern route will be implemented first and it will have the following features.

64 bridges/viaducts (totaling 21.82km); with a super bridge over the Nile

at Jinja, Three (3) tunnels with the longest at 1.4km, 584 box culverts, Embankment protection all throughout the route and Nine (9) intermediate/crossing stations.

Those who like taking selfies, you have some few seconds here to take picture while train cruises on the bridge- smile for the camera…pwaaacha

To ensure the safety of both trains and road users, the Main SGR network will not have level crossings except at minor roads with very low traffic.

Around 6500, people have been affected by the SGR project. A one Emoit John from Malaba, Amoni B village has already been compensated.

In his compensation money, he shifted from a mud and wattle house and has since launched himself in a massive bungalow, well connected with electricity and cable television (Yes he has a dish for Zuku and a plasma screen).

He has also built 6 units of rental houses. Unfortunately he had to shift the remains of his wife, Rose Nabwire who passed on in 2014.

Emoit says he does not regret, he still wants to benefit more from the development and can not wait.

22 acres of Kasaku estate in Lugazi as well as about 300 acres of Scoul Lugazi sugar plantations at Kibubu have been ear marked by the SGR team and compensation readied.

The American embassy at Wankoko, Kampala, former Tuskeys building in Bugolobi, and ironically, the NFA (National Forests Authority) offices in Bugolobi and part of Ministry of works are also affected.

Several structures at Mbuya, Kinawataka are also affected, however some are already in the old meter gauge reserve hence will only have to make way.

95% of the land required has been obtained and compensated; places like Bukasa remain a pain in the neck for the SGR progress.

Unfortunately, my plea to be added on the list of affected persons was turned down by the officials at SGR- I am not happy.

Reduce road wear and tear and, therefore, road maintenance costs by shifting over 70% of import/export cargo from road to rail.

The SGR will also provide employment to Ugandans and Ugandan industries, Tororo cement and Hima will be providing the required 800000 tons of cement while steel companies will provide iron bars.

There will be a pair of seven (7) trains on the Eastern Route at a time (seven heading one direction and another 7 heading the opposite direction), this means that we can have about 720,000 or about a million passengers per day (15,000 per hour).

Currently, road trucks carry at least 93% of Uganda’s International freight. This modal shift will reduce the economy’s cost of freight transportation from the seaport of Mombasa by 69% from the current average of about USD 160 per ton to an average of USD 50 per tonne. This will save the economy about USD 1.5 billion annually.

On a much personal view, the SGR through their compensation programs will improve lives, Emoit John in Malaba left a mud and wattle house, he now swaggers in a 5 bedroom bungalow and even watches ZUKU television on his plasma screen. He has even been voted chairman in his village.

Now this guy (Emoit John) actually speaks five languages ever since he got his money; English, Swahili, Luganda, confidence and money. He puts on canvas shoes (Nike label) and walks like he is looking at his future. He knows everything happening (you know he now watches plasma screen) and does not want to move anywhere else, we left him locked in his bungalow watching NTV at one!