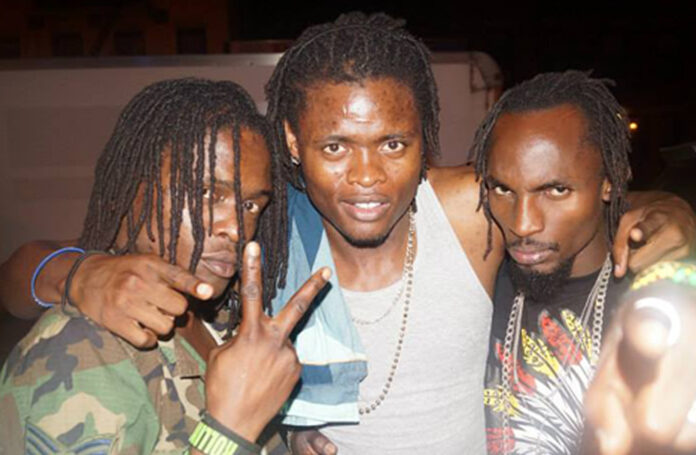 Tubonge singer, Joseph Mayanja aka Jose Chameleon has Wednesday come out on the actions of his young brother Pius Mayanja also known as Pallaso.

“Everyone has their weakness, craziness and goodness! Pallaso, you are our family, let’s all have forgiveness and Celebrate the growth of Music Uganda. You are a Good man! Let nobody frown or judge you! We all aren’t perfect,” he advised on Facebook adding that the good thing to be happy about is that they are all still alive.

“Life is the biggest gift that God gives. Until death, we share the same struggle! Leone Island Music Empire holds no grudge. Put down your guns against a comrade. We pick up each other every day because we aren’t Angels.”

Chameleon’s message has been met with praises from most of his fans for acting “maturely” in his bid to resolve the misunderstandings between his young brothers; Pallaso and Douglas Mayanja aka Weasel.

“Wow, that’s so great Chameleon………this will also help musicians to be creative and produce music that has massage than only music that attacks or insults eachother. If Bebe Cool and Bobi Wine could change, Uganda would be having songs that never fade like, Jamila and Nekolela Mali,” said Kasule Yusuf.

“Respect can never be earned through fist fights but rather by only quality music and stand out music concerts. The two earn you respect and make you popular. Tell Pallaso to fight with his music not his fists,” Bernard Matiba said.

A one Idris Muwanguzi praised Chameleon for having emulated his self claimed title of teacher, by teaching Pallaso.

“Thank you Doctor. Let’s all hope he has seen and read this.”

However, some of the fans are not yet ready to forgive Pallaso if we were to go by their words.

Muhanguzi Josh a student at Makerere University accused Pallaso of disorganising his colleagues since his return in Uganda. “He is fake just like his music. He should behave like a servant so as to learn more but not like a king because he is not one.”

He went to further blame the ongoing wrangles between the brothers to their choice of work. “The bad thing is that you all took the same direction “music”. That is the why you are fighting in spite of being blood brothers.”

“Pallasso is not musically talented. He is just a gambler and that’s why he beats up people to attract media attention,” said a one Mutaasa Faisal a shop attendant at Gazaland Plaza, Kampala.

Pallaso since his return to Uganda in May, he has been in the public domain mostly because of his fights with fellow musicians than his music.

The Mudongo singer a few weeks allegedly beat up fellow singer Mowzy Radio, leaving him helpless on the ground. But as Chameleon was trying to resolve the misunderstandins between the two musicians, Pallaso again fight t with his brother and Radio’s singing partner, Weasel.

The two were last week engaged in a fierce fight at Deuces Bar in Bugolobi that left Weasel with Wounds.