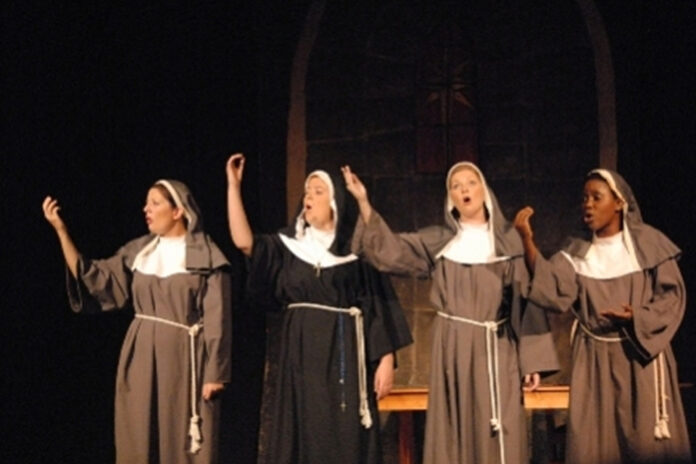 It was a night of laughter, fun and learning. This was at the National Cultural Center also known as National theater as it hosted the Kampala Amateur Dramatist Society (KADS).
Some of the dramatists on Stage

The plays began at 7:30pm but as early as 6pm, when people mainly whites had started dripping in, the stage had been set and everything was good to go.

A few minutes off 7pm, all the seats in the theater had been occupied with the biggest part of the audience being whites. Then came the turning off the lights. Even before music started playing, we all knew it was showtime!

A well organised dinning table with male teens and youths seated on movable chairs round it while a group of mainly female white youths and teens standing on the opposite, facing the table met our eyes upon turning on the lights. This was later followed music and the long awaited moment.

The play at first was that catchy although the smiles, clapping and laughter from a few could say it all: They were enjoying! It took almost an hour to get the whole theater to enjoy the plays.

Was it because the first plays were about high school behaviours -relationships and bullying yet majority of the audience was adult?

Meanwhile by 8:30, the audience had seen several stage setups and whole theater had been turned up. The dramatists had added in comical scenes similar to British comedy television series: Mind Your Language.

These did the magic as only laughter, claps and music that you could hear from the theater. The event ended at exactly 9:15 amid ulations and applause from the crowd.

KADS is one of the most successful professional drama and play group in Kampala. Although open to anyone interested in acting, directing or helping with production, KADS is a membership organisation that consists mostly of Kampala’s elite, especially members of the expatriate and diplomatic community.

It usually puts on plays that are distinct, enjoyable and accessible to Kampala’s diverse foreign and local audiences. It normally sponsors four productions a year: both musical and plays. Most of the plays come from the United Kingdom.