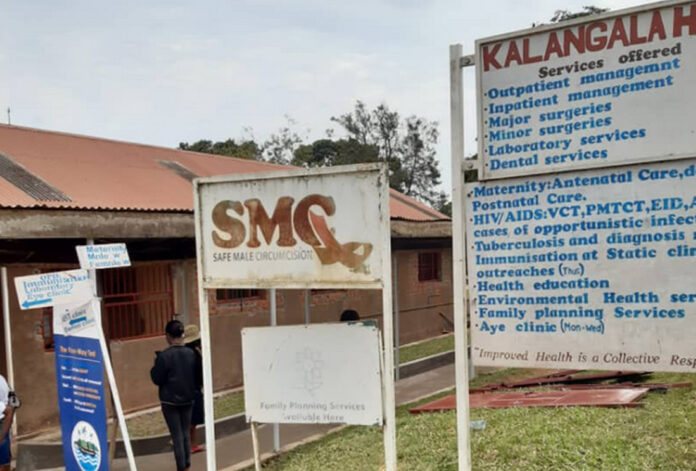 KALANGALA: Kalangala District health department has been hit with a 14 billion shillings’ corruption scandal involving key stakeholders in the district local government, Center for disease control and several officials in the United States embassy in Uganda.

The scandal presided over by the District Health Officer Hillary Bitakaramire, the chief administrative officers who worked in the Ssese Islands in such capacity and several other officials at the district local government and the Kalangala Comprehensive Public Health services project.

At the inception of the project, Center for disease control funded the Kalangala Home based VCT program under the district local government.

The funding, including several transport costs were inflated to a tune of 200 percent including fuel on land and water. The report also indicated highlighted several plights of forgery and indecent spending for the time of inception to completion.

“Several receipts of fuel consumption provided for audit indicated that different fuel stations provided utility on a different date and actual utilization was also a month later. Such indications are a result of forgery to meet audit standards.” Reads part of the report.

The administration of the same project seemed to overlook several required standards as the chief accounting officer and general project management was marginalized and done by the District Health officer.

Several vouchers and bank statements we have seen indicated that several staff within the project offered themselves contracts contrary to the standing orders.

Also, several of the officers including the project titular head Hillary Bitakaramire received on several occasions three money transfers from the project to his personal accounts in a single day. For instance, on December 16th, Bitakaramire through his stanbic account received three sums of money coming at different intervals. The same amounts came in a day later on the same account, towards the Christmas holiday.

In June 2015, Bitakaramire together with a host of machete wielding men kidnapped Jundo Samuel the then handler of all properties the District Health officer had acquired. Jundo had revealed information on how the medical officer had invested most of the project money in private lucrative businesses including storied building construction.

“Actually all money used to come to my accounts and later, I would withdraw and take to him for further deposits in banks whose access was not in Kalangala. He never wanted me to tell people that the building was his because they would know how much he has defrauded.” Jundo was recorded saying in a telephone interview.

The Anti-Corruption coalition Uganda in an interview on the matter indicated that such trivial acts need to be investigated and perpetrators be brought to book. “The local people remain without delivering a service whose money is supposed to serve” Said Cissy Kagaba, the Executive Director anti-corruption coalition

The money was supposed to cater for HIV patients and victims, raise awareness and also improve their conditions. However, a report by the District NGO forum indicated that there remains a high level of ignorance amongst HIV patients on the test and treat implementation and how to prevent the acquiring of HIV.

The Kalangala District Chairperson Willy Lugoloobi demanded that an independent audit be made on the project so as provide evidence on theft and the mismanagement of funds. Currently, the center for disease control has temporarily withdrawn funding through the project.