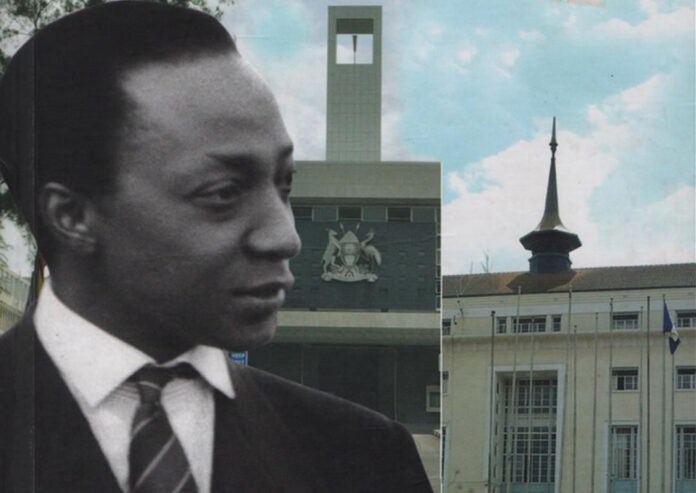 *Sir Edward Muteesa II Independence Day Speech at Kololo*
*Fellow Countrymen,*
*It shall go down in history, that, it was on the 9th October, 1884, when Ssekabaka Walugembe Muteesa I, the founder of Modern Day Uganda, breathed his last. Ssekabaka Muteesa I was buried in his palace at Nnabulagala, Kasubi on 25th October, 1884.*
* *
*Therefore, I feel both honoured and humbled, to be named after my great grandfather Ssekabaka Walugembe Muteesa, and also because I have lived till this day when the British have relinquished power into our hands, after being under their protection for a period of 68 years.*
* *
*During that period, we have experienced moments of sadness. However, there have also been moments of joy. Nevertheless, we thank the good Lord for His grace, love and, all the efforts made by the Missionaries to develop our nation and country, Uganda.*
* *
*Now, that we are independent, I appeal to you all to work with all your might in whatever you shall do, so as to bring glory to both our kingdoms and the State of Uganda. Let us not allow our differences in nations, religion and colour to be a divisive factor among our people.*
* *
*God Bless Uganda,*
* *
*Sir Col. Edward Muteesa II *
* *
*Kabaka*
* *
*9th October 1962***

Obote Swearing in as President