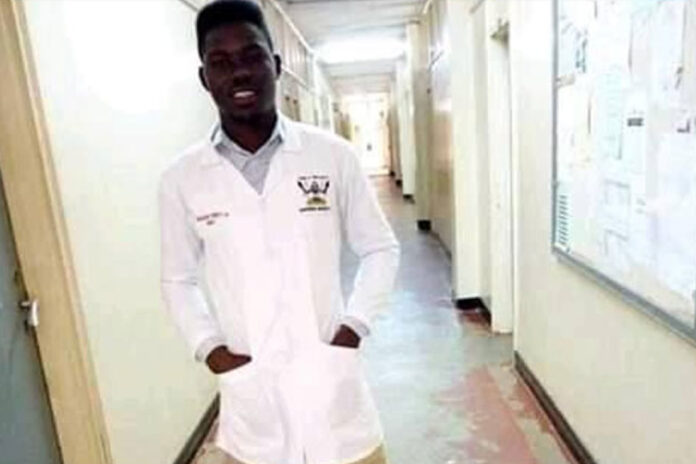 Investigations into the murder of Emmanuel Tegu a third year veterinary Makerere University student have landed 10 suspects in police cells.

Police say they have arrested 10 suspects for questioning.  The suspects are all residents of Makerere University and are being held at Wandegeya Police Station.

Whereas police say the student was beaten by a mob that suspected him to be a thief, the deceased allegedly told his relatives that he was tortured by a member of the Local Defence Unit (LDU) attached to Makerere University.

Kampala Metropolitan police spokesperson, Patrick Onyango in a statement confirms that investigations into the death of the student have intensified and security has subsequently arrested 10 people.

“Today, police carried out an intelligence led operation and arrested 10 suspects in connection to the death of Tegu. All the suspects are residents of Makerere University in Kampala and are detained at Wandegeya Police Station pending interrogation,” Onyango said.

He says that all the suspects whose identities will be disclosed after interrogation, are said to have participated in the mob action that led to Tegu’s death.

“There are other suspects who took off after receiving information of the death of the student, but our teams are pursuing them,” he said.