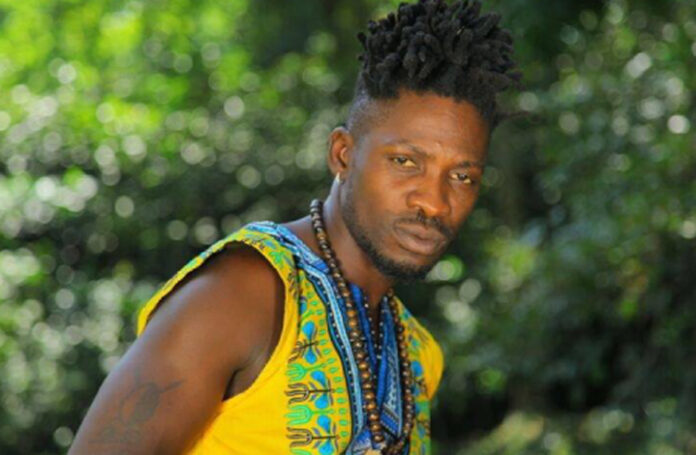 The musician, who is one of the most successful musicians in the country and has a professional boxing license from the Uganda Professional Boxing Commission came out today to defend Ouma’s acts.

“Today, the army commander of the Uganja armed knuckle forces Gen Kasim Ouma is standing trial in an American court for physically defending himself against a man who was trying to make sexual advances on him. Kasim we stand by you and we are proud of you,” Bobi declared his support Bobi wrote to his fans.

He reiterated what he said while ushering revelers at Sheraton Hotel Gardens into the new year. “God created Adam and Eve, not Steve…….. Butty man must never come near badman.”

It should be remembered that Bobi Wine who boosts of a win in the only bout he fought in is among the few influential Ugandans who publically showed their discontent with gays.

Ouma who currently stays in the US was arrested for battery in L.A. last Friday after knocking out a man who was allegedly making gay advances toward him.

He is a former champion and top-level contender in the Light Middleweight division. The boxer successfully defended his championship with a twelve round unanimous decision against Kofi Jantuah of Ghana.

He also in 2010 stopped Joey Gilbert in the 6th round of their 10-round bout for the vacant NABA middleweight title at the Grand Sierra Resort in Reno, Nevada.