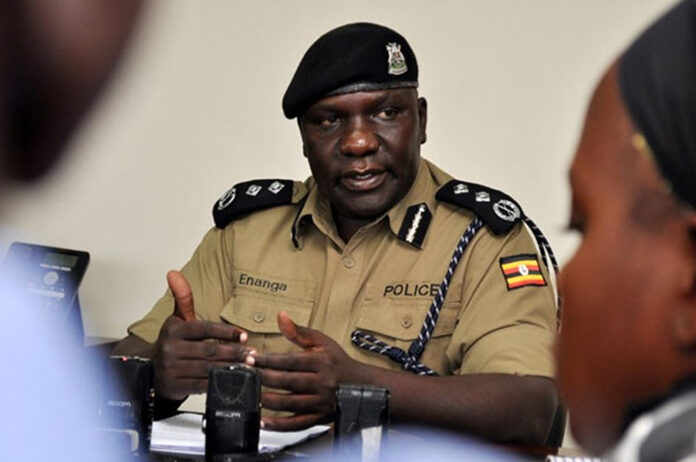 Police has revealed that they have credible information alluding to a planned self-kidnap of National Unity Platform – NUP Presidential candidate Robert Kyagulanyi Ssentamu after Thursday elections.

This was revealed by CP Fred Enanga while addressing journalists in a joint Security Press Conference at the Police Headquarters in Kampala on Tuesday afternoon.

“We have credible information that Robert Kyagulanyi Ssentamu wants to hide in one of the embassies after voting and spread propaganda that he has been kidnapped to instigate violence,” Enanga said.

At the time of the raid, Bobi Wine was having an interview with Kenyan radio station Hot 96 which was forced to end prematurely.

Reasons for the raid remain unknown as the Uganda People’s Defence Forces haven’t made a comment on the matter.

According to Bobi Wine, the military and his private security were involved in a fracas as they tried to break into his compound.

“So I am sorry even right now as we speak, we are being raided by the military. I have to end the interview because I can see soldiers beating up my security guards. I have to go down and give it attention,” he on live interview.

Bobi Wine further revealed that his private security guards were arrested by the military.