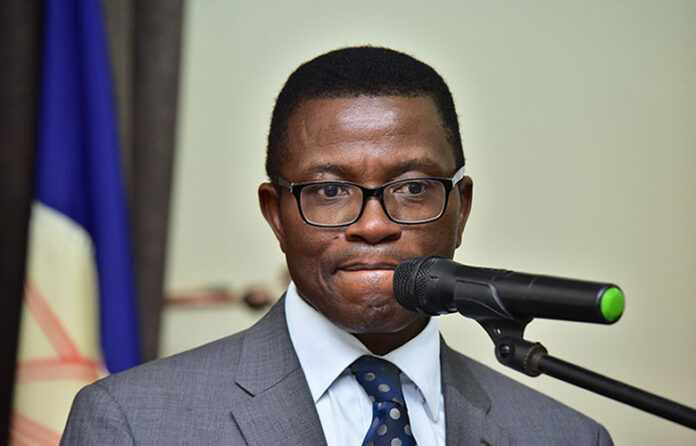 As such, Mayiga’s rallying call to Baganda will be hardwork, in order to better themselves financially as a people. The youthful premier will also seek to widen the Kingdom’s financial base by setting up new income generating ventures, and working around the clock, to implement those in the pipeline such as the Bulange Plaza, rehabilitating several kingdom cultural sites such as Kasubi Tombs and other Masiro to tap into tourists cash.

His reasoning is that an economically empowered person, as well as kingdom, is a precursor to political empowerment (read federo).”A financially well off person and kingdom can easily negotiate for his or its political rights (Federo),” Mayiga reasons.This point will come as no surprise since Mayiga’s CBS Radio “Agafa e Mengo” Program has always rotated around  hardwork.

“We shall not wait for Federo to develop. Even without Federo, we have still progressed as we have ably demonstrated through setting up CBS FM, Muganzirwaza Plaza, among other cow cash Kingdom projects,” Mayiga has always stressed.

It’s why Mayiga has always despised uncontrolled leisure in form of gambling,betting and talking politics in place of engaging in known Baganda activities such as farming, rearing livestock and engaging in community work (locally known as bulungibwansi) that include clearing roads and opening drainage system.

Oldies Dropped For Opposing Mayiga’s  Hardwork Before Federo
Mayiga’s such reasoning, we understand, had put him at loggerheads with the oldies in Lukiiko, who are dying to have Federo back before they call time on their tenure at Mengo. But, to his relief, the progressive Kabaka Ronald Mutebi11 has always bought into Mayiga’s such reasoning.

“This is why the Kabaka dropped the oldies and injected new blood into Lukiiko who can think along the same lines with the youthful Katikkiro,” a source at Lukiiko confided in us.

Education
Along with hardwork, Mayiga wants the youth to stick to education, saying an academically empowered people is a big plus for the kingdom, more so those grounded in vocational studies–since they can engage in meaningful employment and financially empower themselves.

Though he lauds government for introducing free primary and secondary education, Mayiga wants Baganda of means to meet the cost of their children’s education. His reasoning is that the quality of free government education is generally low and will in the long-run, churn out citizens who cannot help the kingdom, country and themselves progess.

Where the parents cannot help taking their children to UPE and USE schools, Mayiga observes, parents must endeavor to provide basic scholastic materials and lunch for their children so that they receive somehow good education.

Kabaka With Power
Mayiga will advocate for a Kabaka with power to move things, as opposed to the current one, who is greatly encumbered by Legal and Constitutional restrictions. We understand Mayiga wants the Kabaka to have rights to comment on matters of national importance especially those that have a direct  bearing on his subjects and kingdom in particular. To avoid raising eyeblows, Mayiga avoids putting the word political infront of the word power
Even then, Mayiga’s critics will be understood to be seeking to drag the Kabaka into the muddy world of politics. But, his sympathisers will point out; the Kabaka is a political animal and essentially a leader of a political establishment, to miss out on the political action.

Federo
Tied with Kabaka power, Mayiga wants what he calls” meaningful Federo” that gives Mengo the powers to manage their own affairs, without undue interference from big brother– the central government.His critics will immediately claim Mayiga’s federo smells of secession (read special status) for Buganda, or simply put, a ploy to create a State within a State.

“The autonomous states are still an integral part of the center and no political problems have arisen from that arrangement to call for apprehension in our case,” Mayengo opines.

Land
Reasoning that Kabaka’s other name is Ssaabataka( the owner of land), Mayiga observes, it makes no sense for the same Ssaabataka to be deprived of land.

Noting that Buganda kingdom was not built in space, but on land, Mayiga wants the Central Government to return land expropriated by Obote. The land includes the legendary mayiro akenda( 9000 square miles) and land on which sits masiro, kingdom’s sub-county headquarters and counties.

To non-baganda who have built on land that Buganda seeks to repossess from the Central government, Buganda Caucus Chairman Godfrey Kiwanda Ssuubi notes the status quo will remain, Buganda simply wants it’s ownership of the land recognized.

“It’s in Buganda culture that Ssaabasajja never displaces his people and keeps the land for his people. It’s also a historical fact that Kabaka gave land to Bannubi in Bombo, Somali in Kisenyi and Banyarwanda in Mubende,” Kiwanda points out as he argues case for return of Buganda’s land.He discourages people from reckless sale of land to buy bodabodas, advising them to rather put the land to economic use.

Enough Food
Particularly, Mayiga wants Baganda to grow enough food and feed well. His case is that well fed people are not susceptible to disease and therefore they would save money that would have been spent on treatment. They are, Mayiga observes, energetic to engage in productive work and also sale the extra food to raise money to access other needs.

Already, Kabaka Mutebi 11 is engaged in rallying Baganda to grow food and in fact gives out good variety seeds and banana suckers to Baganda to better their produce.

Our source says these are good working points and deserve the support of all Baganda, Ugandans and the Central government to turn into reality for the general good of our country knowing that Buganda is a collection of different tribes of people.