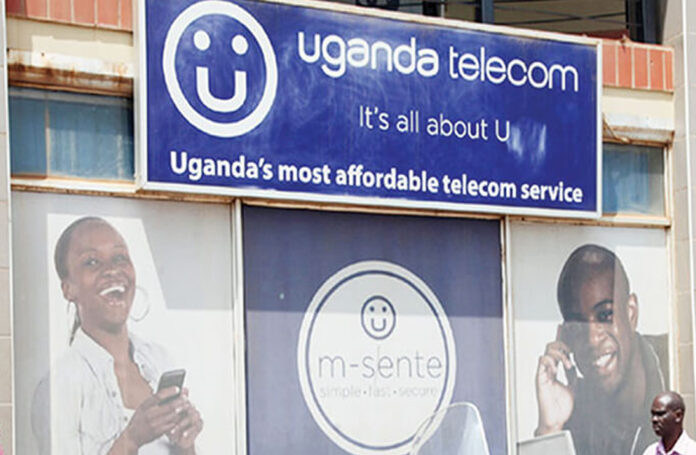 Last week, the government revealed that the Libyan Post, Telecommunications and Information Technology Company (LPTIC), the entity that owns 69 percent of Uganda Telecom had thrown in the towel.

LPTIC had made a commitment to inject capital in UTL in order to keep it afloat and turnaround. After that decision by LPTIC, the government exercised its right as the minority shareholder to take-over management and operations of UTL. This obviously brings a sense of national pride that the government is back in business. The estimates indicate that for UTL to stay afloat in Uganda’s competitive telecom environment, there is a need for an injection of about Shs100bn to Shs145bn. This is money the government has to source as they seek to repackage UTL before they can offload it to another investor. The decision by the government is a refusal to accept that UTL may be too late to save.

In his statement, Matia Kasaija, the finance minister said that UTL was strategic because it was a key “provider of fixed line services and data” to government entities and that it “employs more than 500 Ugandans directly and thousands more indirectly as service providers.

All these are facts. UTL does employ a fair number of people but it has lost the competitive edge against all the other telecoms. For it to compete, UTL would have to be more aggressive and need incredible amounts cash just to keep afloat. Obviously, the government thinks it can restructure UTL into a better package in order to attract a new investor that is willing to pump dollars in the telecom for the best part of three years before they can generate a return.

In the widely underreported probe into UTL – mostly because of the Shs6bn “golden handshake” investigation -, former managers and board managers of telecom company noted that “no amount money can turnaround UTL. The focus, however, has not been on this probe where the experts have appeared and played down the possibility of there being a turnaround. Mr. Godfrey Mutabazi, the executive director Uganda Communications Commission (UCC) also appeared on the same committee back in December 2016 and indicated that the option for UTL was to be closed and a process of liquidation starts. Obviously, for Mutabazi it may be trying to save face because UCC had failed to exercise its right as a regulator and suspend or revoke the UTL license.

One of the challenges around UTL is the massive shareholder loan that is on its books. To understand how this worked you have to go back to 2006. In 2006, the government had failed to honor its side of the bargain to contribute capital. The result was for it to forfeit some of its shares in the firm. This allowed the Libyans to inject about Shs80bn in UTL. This money was extended to the telecom company through a loan from Libya’s LAP Green Networks – that owned 69 percent of UTL until 2016 when assets were moved to LPTIC. This loan and others extended to UTL have grown to over Shs160bn. Over this period, UTL has defaulted on this loan as interest and penalties continue to accrue. However, UTL’s liabilities outstrip its assets. To explain this; UTL does not have enough assets to sale in order to payback the borrowings from shareholders, creditors, and penalties. Whoever is going to acquire UTL is going to have to raise money to clear debts and other penalties. LPTIC also blames the government for failure to agree on some clauses proposed in the turnaround strategy.

The only positive can be that since it is the government in charge, some of the amount due from UTL to the regulator and perhaps URA can be written off or carried forward. Government agencies and ministries have unsettled with UTL to a tune of about Shs16bn. These amounts can be converted to settle arrears with URA and UCC. However, there are issues around the default on interconnect charges to Airtel and MTN Uganda.

Government revenues are not growing fast enough. We have a drought. The ministry of disaster preparedness says it needs about Shs50bn for relief in order to deal with the hunger in the country. The government could only provide Shs10bn. The government in taking over UTL avoided biting the bullet and place under receivership. It is going to be more months of “bleeding” at least until a new buyer is secured – if one is found.