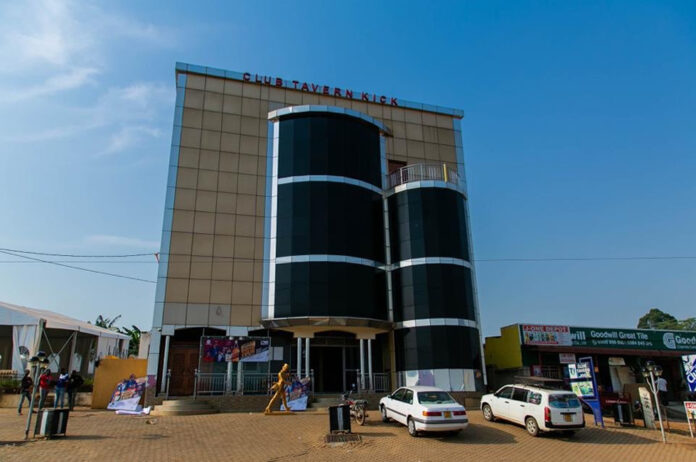 Another modern discotheque is slated to open in Masaka town next month to bring to three numbers of clubs in the area.

The latest club is called Club Tavern Kick. It is located at Kyabakuza in Kimanya-Kyabakuza division in Masaka municipality along Masaka-Kampala highway.
Club Tavern Kick is owned by businessman Emmanuel Lwasa, Masaka’s latest buzzing investor who is taking the area by storm.

Emmanuel Lwasa, the owner of the club says it is set to open at the end of July. He says the opening was delayed because there was review of the construction plan and installation of modern equipment.

Lwasa says with the arrival of modern equipment which are being installed, he is confident it will open on July 29th.

The three storayed discotheque has two dancing floors and modern bars. All the furniture was imported from China and Dubai.

In addition to Club Tavern Kick, Lwasa has modern garden, a bar and children play centre.
Club Tavern Kick joins other two clubs which operate in Masaka town. They are Ambiance Discotheque and Doris Discotheque.