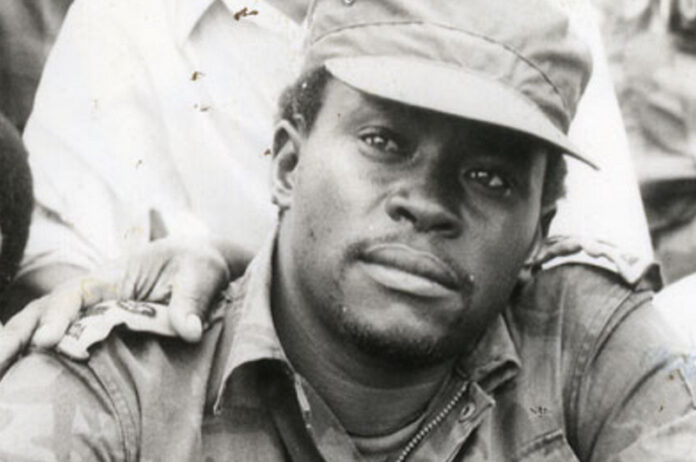 In July 2006 in my then column in the Daily Monitor newspaper, I started writing about having met a “Seer” a few weeks earlier, who among many other fascinating things, prophesied that there was to come a major clash, war, between Uganda and Rwanda.

The Seer also mentioned the assassination of the two presidents of Rwanda and Uganda, Paul Kagame and Yoweri Museveni respectively.

These things forecast by the Seer seemed strange to me and many reading about them at the time. But with the passage of time, no longer seem that implausible.

What is going on between Rwanda and Uganda?

Amid the news and discussion of a new cabinet in Uganda over the last week, the death of the fugitive former UPDF officer Col. Edison Muzoora, also made its way into the news cycle.

The body of Muzoora, 53, was dumped at his country home in Bushenyi district. Muzoora deserted the army in 2003 and, along with FDC President Col. Kiiza Besigye, Col. Samson Mande, Col. Anthony Kyakabale, the late James Opoka and others, was accused by the Uganda government of being behind a rebel group called the People’s Redemption Army or PRA.

How he got intercepted by Ugandan intelligence is not clear, but it would seem obvious that for a pickup to deliver his body, wrapped in clean white bed sheets — and the complete refusal by the army and government to be present in any official capacity at his burial — suggests that this must have been some kind of military or security force that brought his body to his home.

The decision to dump Muzoora’s body at his home in Bushenyi was intended more to strike a psychological blow than anything else.

According to Uganda Record sources, Muzoora was on his way from Rwanda on a mission backed by Rwandan President Paul Kagame.

Muzoora was supposed to help set up an operational base in Uganda to coordinate a forthcoming, deadly Rwandan plot against Museveni that would either be focused on assassinating Museveni or staging a coup against him.

Also, according to these sources, weapons have in the last several weeks been flowing into Uganda from Rwanda for this purpose.

The Uganda Record mentioned just before the election that President Kagame had warned the British and American governments to tell Museveni to back off his plan to sponsor a second invasion of Rwanda.

If London and Washington did not do this, the sources said, he Kagame would take matters into his own hands.

The Uganda Record reported in January of reports by the Rwandan Umuvugizi newspaper about a Rwandan plot to assassinate Museveni during one of his campaign rallies, using a bomb.

The Uganda Record also got confirmation that a July 2010 article in the Red Pepper tabloid about an assassination attempt on First Lady Janet Museveni was true and, according to intelligence sources within PGB, had been plotted by Rwanda.

The reason Kagame is so determined to launch a preemptive strike on Museveni is because of the other story brewing in the Great Lakes region — the reported or rumoured plan by Museveni to sponsor a cluster of exiled Tutsis to stage a second invasion of Rwanda, similar to that which Museveni funded in October 1990.

Exiled Tutsi Rwandans who have been falling out with Kagame over the last several years and fleeing the country are said to be busy raising money for that anticipated war.

A Tutsi exile, Theogene Rudasingwa, is coordinating this fundraising effort and the several reported visits to Uganda since December 2010 by Lt. Gen. Kayumba Nyamwasa and Col. Patrick Karegeya, who met Museveni, are part of the plot.

In short, there is a quite serious confrontation taking shape and building up between Museveni and Kagame, with each sure that the other is plotting to overthrow the other’s regime and in the case of Uganda, that would include assassinating Museveni.

The moves underway, unfolding behind the scenes, are the two men’s way of working on preemptive strikes.

This is the thinking behind the Museveni regime’s conviction that the opposition “Walk to Work” protests are but a cover for the covert activities by Kagame.

It is also the thinking behind the charges by the former Information and Internal Affairs ministers Kabakumba Matsiko and Kirunda Kivejinja, and State House officials like Kintu Nyago, that the Ugandan opposition is planning to overthrow Museveni.

What is not clear is if Museveni believes that the opposition is working in concert with Kagame for this purpose or that Kagame, seeing the success and surprisingly persistent general protest environment in Uganda, has decided to quickly but independently take advantage of it.

What is now clear is that the conditions of 1981 to 1985 in Uganda — roadblocks, large-scale purging of opposition protesters and assaults on the media — have now settled over Uganda.

The factors that will shape the remainder of 2011 will be the conviction by both Kagame and Museveni that if they do not act swiftly, the other — and they know each other too well to be complacent about it — will set in motion a sequence of events that will lead to their overthrow.

This perception, irrespective of the truth or not of it, is the operative force about to set the Great Lakes region of Central Africa alight.