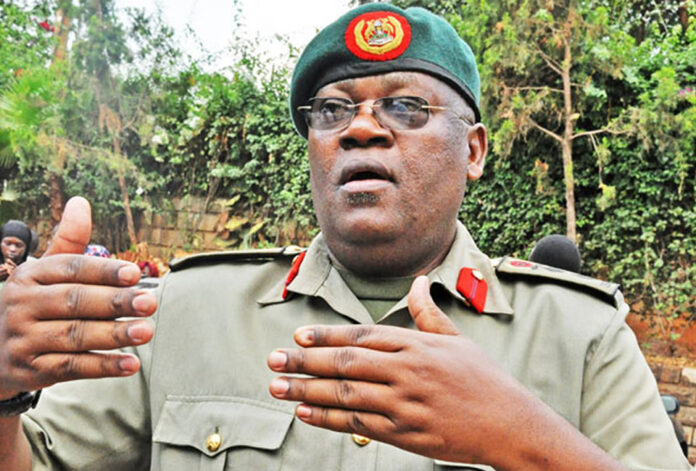 Details have not been confirmed but the death was confirmed by senior government officials, including senior presidential press secretary Don Wanyama, who described Bantariza’s demise as a sad day for the country.

However, sources said he died of Covid-19 while others are saying it was severe hypertension .

Bantariza’s recent public activity was when he had declared interest to contest as a representative of western region on NRM’s Central Executive Committee.

He also served as the UPDF spokesperson from 2000 to 2002 and from 2003 to 2006. For a period of time, prior to February 2009, Batanzira, at the rank of lieutenant colonel, served as the commander of the Oliver Tambo Leadership School, in Kaweweta, Nakaseke District, in Uganda’s Central Region.On 26 February 2009, he was appointed commandant of the National Leadership Institute (NALI), in Kyankwanzi, Kyankwanzi District. He served in that capacity until he was relieved of his duties on 7 October 2011.

In June 2013, he was appointed as Deputy Executive Director of the National Media Centre. On 2 July 2013, at the rank of colonel, he was arrested, charged with embezzlement and remanded to Makindye Military prison by the General Court Martial on charges of alleged fraud. After proceedings that lasted nearly three years, the Court Martial, chaired by Major General Levi Karuhanga, acquitted Colonel Bantariza due to lack of evidence against him, on 14 April 2015. On 24 June 2015, following his acquittal by the general court martial, he resumed work at the Uganda Media Centre, the president of Uganda having directed in writing that Bantariza resumes work.