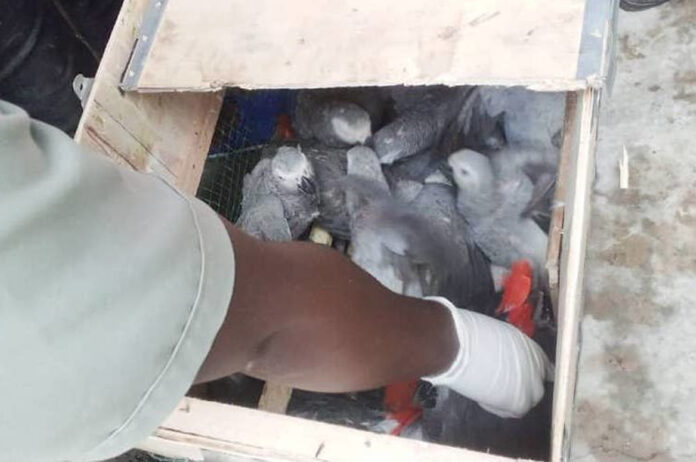 The Chief magistrate Kamasanyu made the ruling on Thursday 14th April, 2022 on Mbaya’s own plea of ​​guilt. Kamasanyu said, the punishment of seven years imprisonment will serve as a lesson to other would be offenders.

“Non-Ugandans have turned this country into a hub of illicit trade which has led to increased crime related to Wild Life in Uganda which has put the protected species at a risk of extinction. Therefore, the convict is sentenced to an imprisonment term of seven years,” Kamasanyu said.

Kamasanyu explained that there is need to redeem Uganda’s image which has been tarnished by mostly foreigners that use the country as a hub for illicit trade in wildlife. She also alerted that this is to act as an example of a punishment that will help warn others would wish to venture into this risky business to think twice before doing it.

Mbaya was arrested in Kisoro district in the joint operation of UPDF, Uganda Wildlife Authority (UWA) and Uganda Tourism Police which was conducted in Bunagana town at the Uganda border with DRC.

He was arrested with a box containing 122 grey African parrots without a license which he claimed to have gotten them from the neighboring Democratic Republic of Congo.

While pleading guilty, Mbaya asked the magistrate court to allow him get a license which was not granted.

However, UWA prosecutor on behalf of state had requested the court to hand a 16 year jail sentence to the victim.

After the court ruling Uganda Wildlife Authority (UWA) a government entity concerning with preserving and conservation of all wildlife under the penal code of Uganda’s act welcomed the ruling and made a press release to express their gratitude.

Hangi says, “the sentence will serve as a warning to other in the business of wildlife trafficking or those who intend to get involved in this business that Uganda cannot be used as either a transit route or a destination for trafficked wildlife species.”

“We applaud the judiciary and in particular, the judicial officer who presided over the case for swiftly dispensing justice for the parrots that were being trafficked and those that died in the process.” Said Hangi.

The 122 parrots which were found with Mbaya are today kept at Uganda Wildlife Education Center at Entebbe.