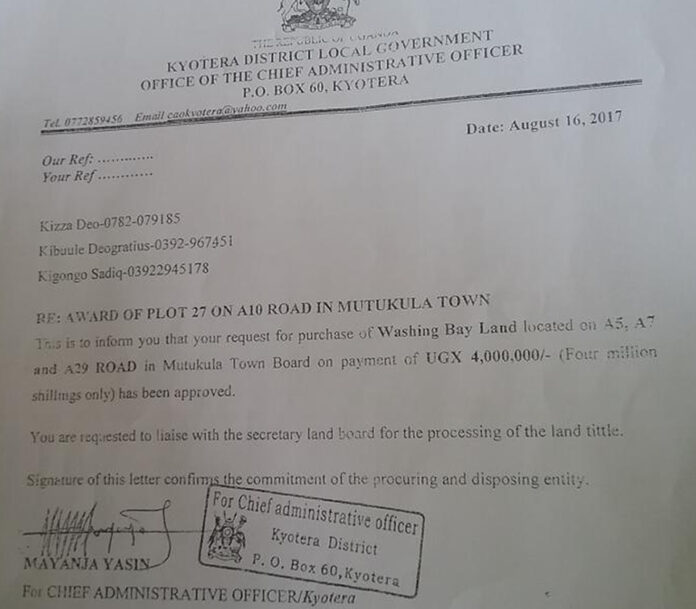 Yasin Mayanja, the Kyotera district Assistant Chief Administrative officers is missing after escaping from Police Cells were he had been detained on corruption allegations.

Mayanja was arrested on Thursday on orders of the district executive committee members on allegations of illegal sale of public land in Mutukula at the Uganda-Tanzania boarder.

Mayanja, also former secretary to Rakai district Land Board is accused of fraudulently allocating public land to private people in the new district of Kyotera without any authorization from the district.

Patrick Kintu, the Kyotera district chairperson says that accused person has also found guilty of embezzling all the money from land transactions which prompted them call in police that eventually arrested him.

“We have may people who tipped us that the CAO was obtaining money from them and issuing out awards for land titles which the district had halted until the land board is appointed,’ he told us on Friday.

However, the Kyotera district police commander Musa Kayongo confirms that the suspect escaped from Police cell with the aid of a female police officer identified as Namboozo Saida, who he allegedly seduced.

Kayongo confirms that while they are hunting for the Mayanja to face yet another a charge of escaping from police custody, they have also detained Namboozo who will be charged for helping the suspect to escape.