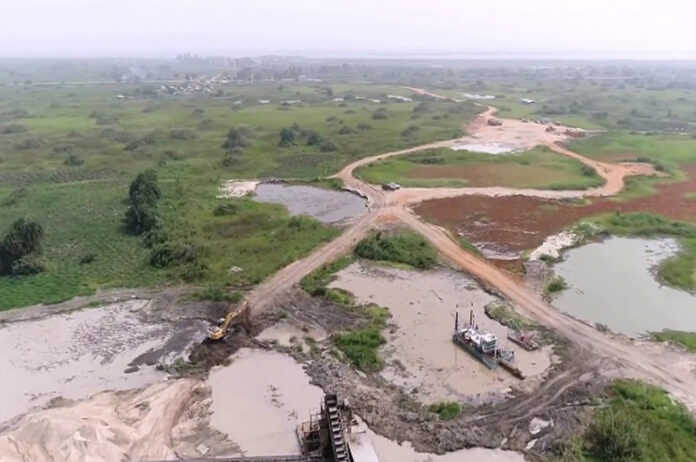 The Lands Probe commission has revisited Lwera wetland in Kalungu district to inquire into circumstances under which at least 1,000 people are risk eviction.

A group of residents at Kamuwunga Landing site, located in Lukaya town council petitioned the commission complaining of a businessman John Ssebalamu, who is evicting them to pave way for sand mining in the area.

Doctor Rose Nakayi, a commissioner on the Justice Catherine Bamugemereire-led Judicial Land commission of inquiry, lead a team of investigators that rushed back to Lwera to examine the sharp dispute.

Residents led by Peter Kavuma petitioned the commission, accusing businessman Ssebalamu of displacing them from the land claiming ownership of it.

Kavuma argues that some local leaders are conniving with the businessman to compromise a section of residents in plot to annex the whole landing site into his sand mining field.

Ssebalamu is one of the prominent businessmen that own very big chunks of land in Lwera where they are carrying commercial sand mining, some of which is export for glass manufacturing.

However residents claim that part of this land was acquired under dubious circumstances, demanding that the commission inquires into how these land titles were acquired.

“The people have already erected a fence around our property including gardens and homes, public facilities such as; a play ground, public toilet among others, and they want to force us out of our land,” he noted.

He also complained that Ssebalamu’s workers have not excavated may ditches in the area, exposing the residents to drowning.

However, Hajj Hamid Ssennoga, a manger of Ssebalamu’s projects told the commission that they legally acquired the land and accordingly obtained as land title.

He claimed that they compensated all lawful occupants of the land who accepted to vacant the land, arguing that those complaining are just being dishonest with some being used by self-seekers.

The sharp dispute prompted the Dr Nakayi to demand for all documentation pertaining ownership of this land to help in their investigations. She revealed that their inquiries are also going to look into circumstances under which this land was allocated to private individual.

She appealed for calm from both parties pending their investigations.