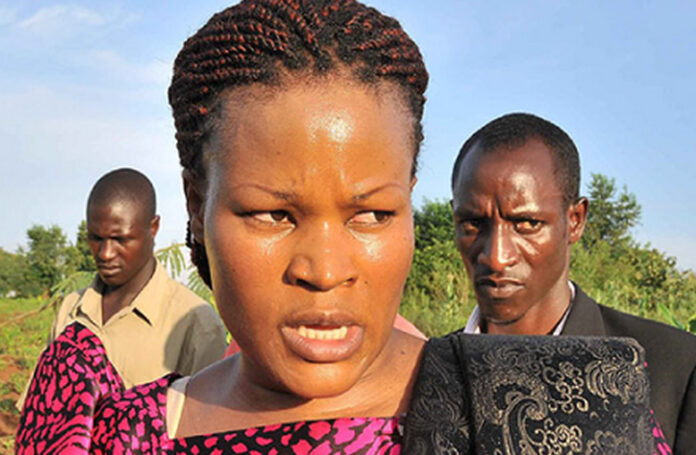 The State Minister for Lands Aidah Nantaba has criticized Police involvement in a land dispute leaving one resident shot dead.

Aidah Nantaba, the state minister for Lands, started her campaign to fight land grabbers with a lot of enthusiasm to an extent of accusing Police for siding with land grabbers.

This follows the death of Lawrence Katende 56 years of age over a land dispute in Buzira Njovu Mukono district where he got shot at by Police.

“Katende came to my office complaining how on how they were being arrested over their land. Police has continued to kill people and grab their land. Last week a Police officer was shot dead by Police in Kasese over a land dispute” she said.

Nantaba says she will continue to fight for the rights of people and she accused the Police for torture and siding with land grabbers.

“Many people have been arrested are being detained because of their land”.

Nantaba about a month back accused the Inspector General of Police, Gen Kale Kayihura, of fighting her, by issuing contrary decisions in some of the cases she has handled in Kayunga.

Nantaba, who also chairs a committee that is fighting illegal land evictions, accused Kayihura of siding with rich people in evicting people and called for Museveni’s intervention. The clash between Nantaba and Kayihura stems from a long-standing land dispute in Kayunga that has sucked in the president.