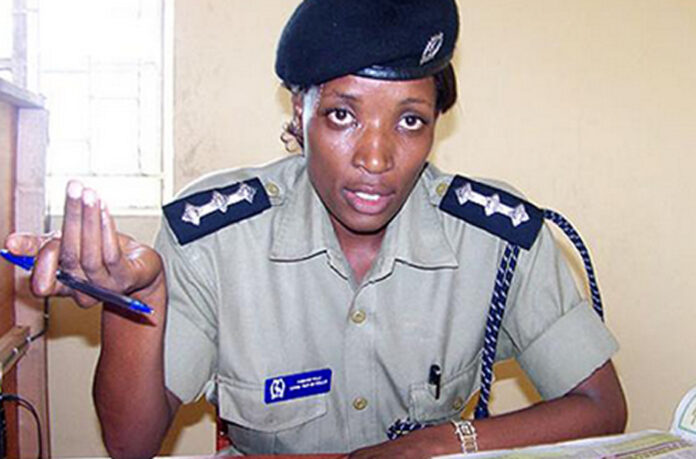 The Police have arrested Innocent Byarugaba (34) a resident of Gooma division in Mukono District for strangling his girlfriend to death on Saturday night.

Yvonne Ssali (37) was on Sunday discovered dead at her home in Gwafu, Gooma by her mother as she returned from Nsambya Hospital.

The deceased had been sharing a house with her mother and son for over 18 years. But on the fateful day, her mother had gone to visit a patient at Nsambya Hospital and the son is in boarding school.

The mother to the deceased told Police that on Saturday night, she talked to her daughter at around 10:00pm but when she returned the next day (Sunday) she found her dead inside the house.

After the area defense secretary informed the police of the murder, the scene was immediately visited by the scene of crime officers and the area police.
The Police have arrested Byarugaba, the boyfriend to the deceased as the lead suspect.

“The police have arrested him for interrogation and statement recording in connection to the case of murder under investigations,” Ms Polly Namaye, the deputy Police Public Relations Officer said.

On Monday, the Inspector General of Police, Gen Kale Kayihura visited the family of the deceased at their home at Gwafu cell to offer support in tracking down the assailants.

Meanwhile, the body of the deceased was taken to Mulago hospital for postmortem.