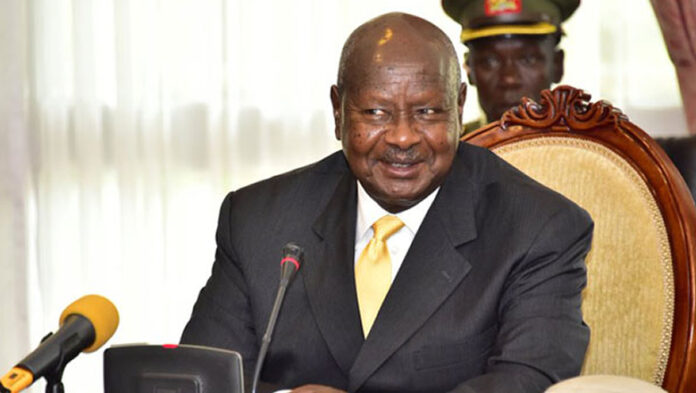 One of the early champions of the International Criminal Court, Ugandan President Yoweri Museveni is receiving sharp criticism for backing the decision of South Africa, Burundi and Gambia to quit the international body responsible for the prosecution of war crimes and crimes against humanity.

Justice experts and human rights activists are criticising President Museveni’s apparent double standards towards the ICC, which he recently referred to as a “useless body”.

“President Museveni was one of the early champions of the ICC and has certainly benefited from the ICC investigations, arrest warrants and now trials (in the case of Dominic Ongwen), for atrocities committed by the Lord’s Resistance Army rebels in the north. This has taken place without his government or military leaders facing arrest warrants themselves,” Alex Fielding, senior analyst at geopolitical risk consulting firm Max Security Solutions, told Let’s Talk Uganda.

“So Museveni’s abrupt turn against the ICC is more politically, rather than practically motivated, as a way to score points by riding the wave of pan African nationalism against the ICC’s alleged Africa bias,” said Fielding.

A call for “mass exodus”

During his two-day state visit to Zambia last month, Museveni praised South Africa for terminating its membership with ICC. “It is a very good decision that South Africa has done that. In fact, it [ICC] is very useless,” said Museveni in a joint media briefing with his President Edgar Lungu in the Zambian capital Lusaka.

Museveni, the first president to refer a case to ICC, has recently become a vocal and strong critic of the institution based in The Hague. He accuses it for allegedly serving Western imperialist interests, and has called for a “mass exodus” of African countries from the court.

Burundi’s President Pierre Nkurunziza signed an instrument for his country to quit the ICC on 18 October, which triggered a withdrawal race. Both South Africa and Gambia accelerated their timelines to quit the court.

“ICC deserves it. We stand and support those countries [who have quit]. It’s in line with the AU [African Union] position. We want all the African countries to leave ICC in unison,” Henry Okello Oryem, the State Minister for International Relations, told Let’s Talk Uganda.

“ICC is biased. It has been used and abused. War crimes and human rights violations have been committed elsewhere, but no action taken. Why target Africa alone? The court is pushing the agenda of our former colonial masters,” said Okello.

The political over the practical

African heads of states and government leaders voted by a huge margin in favour of a proposal for its member states to withdraw from ICC jurisdiction during their 27th African Union summit in July in Kigali.

“Uganda is trying to reap the political benefits in this context of one-upmanship, with Kenya close behind. Of course, the ICC is a treaty body that states can enter and leave at will, but calling for a mass exodus after having reaped the benefits of the ICC investigations in Uganda shows a lack of leadership, motivated by political gains in the immediate term at the expense of international justice on the continent over the long term,” said Fielding.

On 12 May, Museveni and authorities in Kampala defied calls for the arrest and surrender of Sudanese President Omar Al Bashir for trial in The Hague. Bashir is accused of war crimes in the Sudanese Darfur region and was the first sitting head of state to be indicted by the ICC in 2009. He was in Kampala for Museveni’s inauguration for his fifth five-year term in office.

Experts have been ruffled by Museveni’s calls for the “mass exodus” of African countries from ICC.

“The threat by Uganda to withdraw from the ICC is political rhetoric as the government is working very closely with the ICC in respect to the trial of Dominic Ongwen which starts in December. Senior UPDF [Uganda People’s Defence Force] officers have been collecting evidence for the ICC and are set to testify as defense witnesses for the Office of the Prosecutor,” Nicholas Opiyo, a leading human rights lawyer, told Let’s Talk Uganda.

“Secondly, Uganda is one of the few countries on the continent hosting a ICC field office in a sign of cooperation with the court. So the public posturing by Museveni is not matched with actions on his own part. So far, he has only managed to incite other African leaders to withdraw from the Rome Statute,” said Opiyo.

“It must also be noted that Uganda domesticated the Rome Statute in the form of the International Criminal Court Act and would better be served, as would other African leaders, in demonstrating a commitment to accountability in their own courts. If they did so, there would be no basis for an ICC intervention, a thing that seems to strike fear in their hearts,” adds Opiyo

Phil Clark, Great Lakes expert at SOAS University, London criticised Burundi, South Africa and Gambia as being self-serving by withdrawing from the ICC.

“They want to protect themselves from international scrutiny and the domestic pressure that can be exerted through being a signatory to the Rome Statute,” Clark told Let’s Talk Uganda.

But Clark did note that the ICC has spawned poor relations with the AU, African states and African populations. “The resentment caused by the singular focus on Africa and the ICC’s ham-fisted operations on the continent to date are a key catalyst for the African countries’ withdrawal from the Court,” said Clark.

Holding back the tide

Experts hope the 15th annual session of the Assembly of States Parties (ASP), which takes place 16 to 24 November at the World Forum in the Netherlands, will reach a consensus to slow the withdrawal movement of African countries.

“These withdrawals are in the political realm and must be dealt with primarily by the ASP rather than the judicial organs of the ICC itself,” said Fielding.