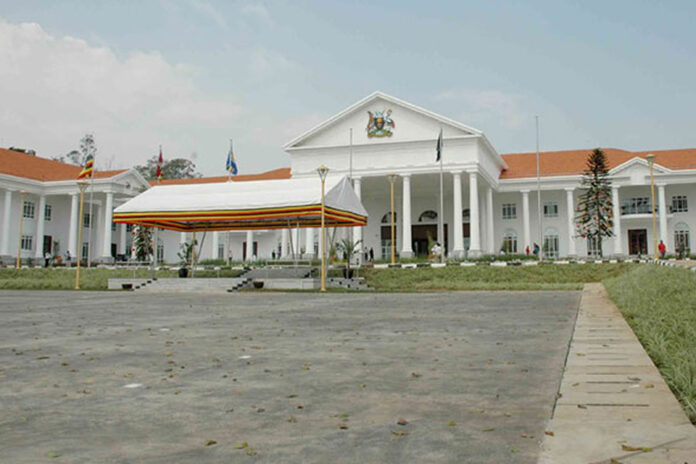 A soldier attached to the Presidential guards fired and killed a colleague at State House Entebbe on Sunday morning at around 5:00am before he was also killed instantly.

The soldier identified as Cpl Michael Ochom is reported to have been drunk when he arrived at the main check point of the residence and started firing at his colleagues.

According to ChimpReports, Special Forces Commander (SFC) spokesman, Maj Chris Magezi told them that President Museveni was not at State House when heavy gunfire rocked his residence.

He said Ocham reached at the State House entrance very drunk and he quickly grabbed a gun from Sgt Peter Makanga and shot him. “Other soldiers on guard neutralised Ochom immediately,” said Magezi.

Other soldiers on guard, responding to the bang of gunshots, opened fire on the attacker killing him instantly.

The SFC Spokesman, Maj Chris Magezi, said President Museveni was not at State House when heavy gunfire rocked his residence.

He however, said they are investigating more into the matter to establish real motive of Ochom’s behaviour and how to avoid such incidences in the future.

ChimpReports also reports that it is suspected Ochom was under the influence of drugs and alcohol.

Meanwhile, the Special Forces Commander, Brig Muhoozi Kainerugaba has ordered a special inquiry into the circumstances under which the incident happened.