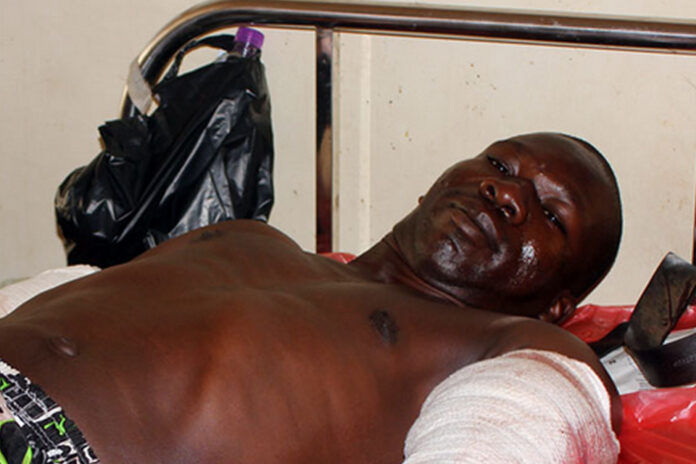 UPDF Soldier involved in a shooting that left three people dead and others injured was arrested and detained at Makindye Military Barracks.

The deceased have been identified as; Scovia Akello, Ceasar Pere and a one junior, whereas the injured are Simon Peter Odongokara, Agnes Adongo and Kitara, all residents of Kinawataka.

UPDF Army spokesperson, Lt Col Paddy Ankunda has just confirmed the arrest stating that Patrick Odongo, he would be charged with murder.

It is reported that that the shooting was prompted by a bar brawl over a woman, one Scovia Akello Sunday night.

During the brawl, Odongo is reported to have rushed back to Mbuya barracks where he picked his gun and came back to shoot randomly, killing three instantly and injuring another three.

Kampala Metropolitan Spokesperson Ibin Ssenkumbi said after the shooting Odongo ran off with his gun and it is suspected that he used an AK47 rifle in the shooting.