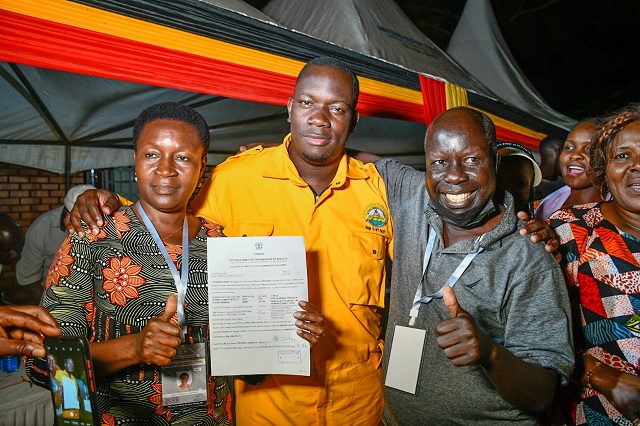 The NRM’s Derrick Orone has won the Gogonyo County by-election. Gogonyo is a a county in Pallisa District in Eastern Uganda.

It should be noted that NUP candidate had already withdrawn his candidature citing a meeting with the Iteso Leaders who advised him to give way for Orone.

Lots of controversies have marred the Gogonyo by election. Earlier, the Forum for Democratic Candidate Flag bearer withdrew his candidature in support of the NUP candidate.

A few days to the election day, the NUP flag bearer also withdrew his candidature leaving the NRM candidate with a landslide victory.

Though the NUP cites withdraw of his candidature due to ‘good reasons for their community’ NUP spokesmen Ssenyonyi cites ‘bribery of their candidate from the National Resistance Movement.