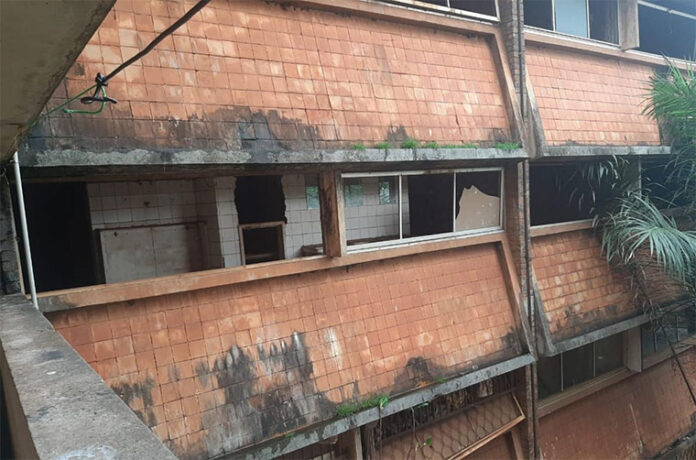 The Makerere University Vice Chancellor Prof. Barnabas Nawangwe has ordered students who are residentsvof Lumumba Hall to immediately vacate and pave way for its renovation.

Several students had remained in Lumumba hall to buy time of completing their recess, but in a letter dated September, 12th 2022 by the Vice Chancellor addressed to the dean of students, Prof. Nawangwe directed all students still living in the hall to relocate to other halls of residence and create space for renovation.

“The purpose of this letter is to communicate to you the management’s decision and guide as follows; Lumumba hall should be closed with immediate effect to pave the way for renovation. Government-sponsored continuing students currently accommodated in Lumumba Hall should be relocated to the other halls of residence,” part of the letter reads.

“By copy of this letter, the chief security officer is requested to secure vacant possession of Lumumba Hall to pave way for smooth handover of the premises to the contractor,’’ another part of the letter reads.

Students who remained at the Lumumba hall to accomplish their recess have to vacate the hall of residence as soon as possible.

Jonathan Opolot a student doing a bachelor of Medicine and surgery said the relocation came with some complexity because rooms in the University hall already have occupants.

Opolot added on that the occupants of the rooms at University hall left many of their equipment and they were left with limited space to accommodate those who are being transferred.

There has been several concerns about the state of halls of residence at the University. In 2019, Members of Parliament on the Education committee visited the university as part of the probe over the impasse at Makerere that saw two weeks long student protest against the 15% cumulative tuition increment.

In Lumumba Hall alone, Block C has been closed since 2006 when it was cordoned off due to its poor state, but its renovation has been pending up to date. Before its closure, it was accommodating close to 200 students.

The hall was designed to accommodate about 752 students, with 241 double rooms and 2 open block. It was opened in 1971 and it is one of the nine halls of residence at Makerere University of which six are for males and the remaining three are for females.