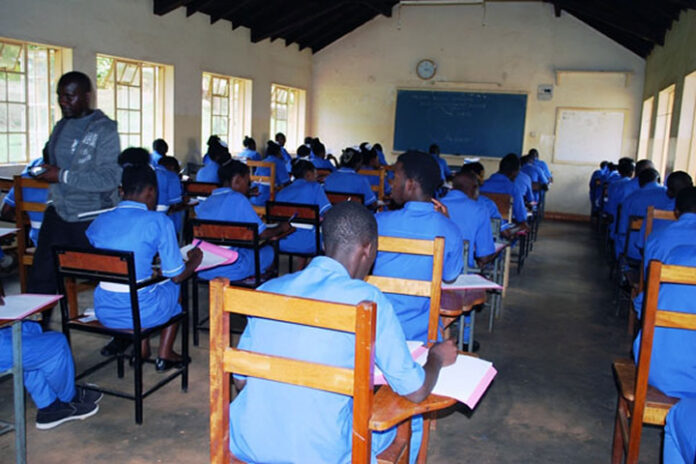 The Administration of Masaka School of Comprehensive Nursing and Midwifery has bowed to student’s pressure and lifted the registration fees deadline after a strike.

Mark Kalanzi, the institution’s principal made the pronouncement during a crisis meeting with students on Friday at the school’s main hail.

On Thursday, students went on strike protesting what they described unfriendly environment and inconsiderate policies by their administrators.

The striking students boycotted school meals, and locked out all the tutors from the school’s compound, protesting the two days deadline within which they had each been ordered to pay Ushs 120,000 for external examinations.

The school’s authorities had asked for the money as registration fees to allow them sit for external papers set Uganda Nurses and Midwives Examination Board (UNMEB), which became a precursor that gave them an opportunity to express their underlying grievances against the administrators.

Following the pronouncement that lifted the ultimatum for payment of fees, Stafan Katabazi, the guild speaker says that the administration had partly addressed their concerns but warned that they may resume the strike if all other challenges are not addressed too.

He noted that they have agreed to call off the strike and accepted to return to their clinical placements in wards at Masaka Regional Referral hospital as they wait to see for the administration to improve their meals and the dire sanitation of the school.

“The communication has brought some relief because the students have been allowed more time to the registration deadline,” Katabazi said. The administration accepted to extend the deadline for more two weeks.

Katabaazi observed that he will instantly mobilize the students to report to their respective classes and resume lessons.

Meanwhile, Joweriya Nakirijja, the Institution’s Guild Council Secretary noted that the administration has also responded to the students’ concern of poor meals by procuring a new stock of beans, posho and sugar. She observed that they also been promised to better meals and special menus on weekends.

According to her, the students have accepted to give the administration a benefit of doubt and considered to call off the strike but with stern conditions that even all other cited problems are decisively addressed.

The principal Mark Kalanzi pleaded that the tight registration deadline had been set by UNMEB, however adding that they have pleaded with the relevant authorities and harmonized the situation.

He insisted that the issue of meals should not bother students anymore because they have procured more food staffs which students were complaining about.

“Masaka nursing school serves a good menu because they serve rice, matooke and first class posho and I was surprised to hear poor meals as one of the listed concerns anyway this is going to be worked on and meals will continue improving with time “ Kalanzi noted while addressing his students.