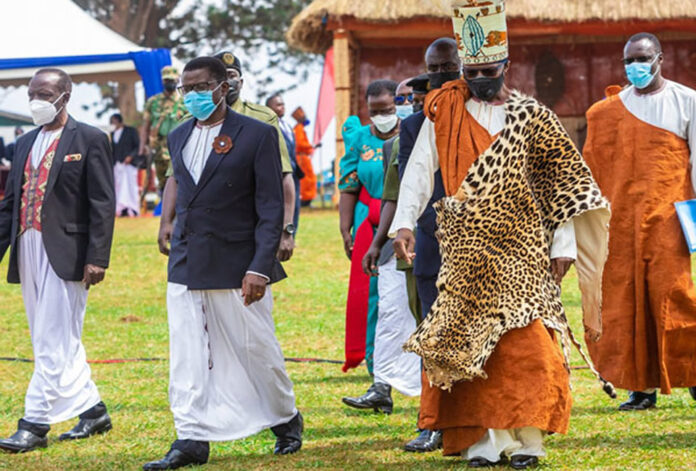 The Kabaka of Buganda Ronald Muwenda Mutebi II has requested the government to consider the voices of coffee stakeholders when making coffee decisions. He said that the government is expected to listen to coffee farmers on all issues concerning the coffee sector.

Speaking during the celebrations of his 29th Coronation Anniversary, Kabaka argued the government to seek means of shielding coffee farmers from extreme price fluctuations and to access capital to finance their efforts.

The celebrations for the 29th Coronation Anniversary were held at the Mengo Palace on Sunday 31st July 2022.

He added on that Buganda Kingdom is putting more emphasis on coffee production because, for the past period, coffee was one of the most grown cash crop grown in the country.

“Coffee is one of the products which contributes the biggest percentage to the economy of the country and it has also employed Ugandans starting from the grassroots,” Kabaka Mutebi said.

Coffee is one of the leading foreign exchange earner for Uganda. It is also one of the leading income generating activities in Uganda. Coffee production can aid in reducing poverty in the country because it involves a multiplier effect in several business sub sectors.

The Kabaka argued the government to put in place measures that can help coffee stakeholders to benefit from the product.

He asked leaders from all levels to find ways of reviving cooperative societies to support coffee farmers in the country. These cooperatives were used as engine for farmer’s harmonization, nurturing access to agricultural finance, and cumulative productivity and market entrée and raising income, He added.

“We can only benefit from coffee production if we focus on maintaining standards. This can only be achieved if coffee seedlings, fertilizers and pesticides are sold at favorable prices,” he said.

The Kabaka added that there is a need to have extension farmers in every sub-county to guide the farmers on how they can increase their production and have stable prices of coffee.

Under this campaign, the UCDA was to provide seedlings and partner with the kingdom’s Buganda Cultural and Development Foundation (BUCADEF) to provide technical knowledge on the new development while the kingdom was to ensure people embrace growing coffee again. However according to the Katikkiro the UCDA is no longer providing the seedlings to the people of Buganda as agreed in the partnership.

This has come in at the time when Uganda is experiencing controversial in which is called the VINCI coffee agreement that the government had earlier signed with the Italian businesswoman Enrica Pinette.

The agreement was viewed as controversial has it gave VINCI monopoly over buying and adding value on Uganda’s coffee.

However, recently the deputy speaker of Parliament Thomas Tayebwa revealed that president Museveni agreed to make changes in this agreement.