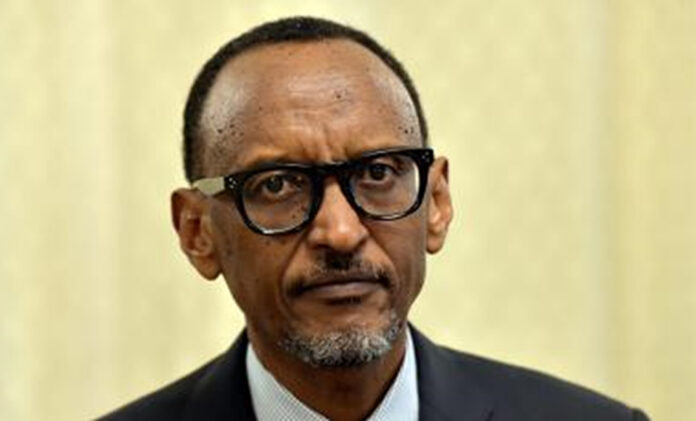 KIGALI: President Paul Kagame of Rwanda on Monday accused Uganda of erecting non-tariff barriers to trade in the region, which he said are detrimental to integration, even as he did not say his country has also blocked entry of imports from Uganda into his country.

Responding to a question by CCN Correspondent Ellen Giokos, at the African CEO Forum in Kigali on whether the closure of the Gatuna border point was impacting economic integration in the East African Community, Kagame referred to past incidents in which Ugandan authorities allegedly held goods in transit over unclear reasons.

Last year, Ugandan authorities impounded two trucks belonging to Mineral Supply Africa transporting 40 tonnes of tantalum and tin valued at about $750,000 while on their way to Mombasa, claiming that the transporters were using forged tracking certificates.

The trucks were later cleared and allowed to continue their journey to Mombasa after three months.

Kagame also told the delegates, among them Congolese President Felix Tshisekedi and Ethiopia’s Sahle-Work Zewde, that Uganda had imprisoned hundreds of Rwandans and denying them consular services.

“We have our people imprisoned in Uganda in places that are not known. We have brought this up with Uganda for the past two years and are getting nowhere,” he said.

“We have three border points that connect us with Uganda and it is only one that is not working at full capacity, it is at 20, 30 percent because of construction works, and we hope that it in the next few weeks it should be working.”

Rwanda has also accused Uganda of supporting rebel groups and dissidents opposed to the Rwandan government.

Rwanda has barred its citizens from crossing into Uganda, citing possible arrest, torture and deportation.

But President Yoweri Museveni in a letter to the Rwandan leader last week, denied the claims.

On its part, Uganda says that Rwanda is the one that imposed trade barriers, affecting the flow of goods in a key transport channel that runs from Mombasa through Uganda, serving both countries and others such as Burundi, Eastern Congo and South Sudan.

“What is wrong is for Rwandan agents to try to operate behind the government of Uganda. I get a lot of stories, but I will never raise them unless I have confirmed them,” President Museveni said in his letter to President Kagame.