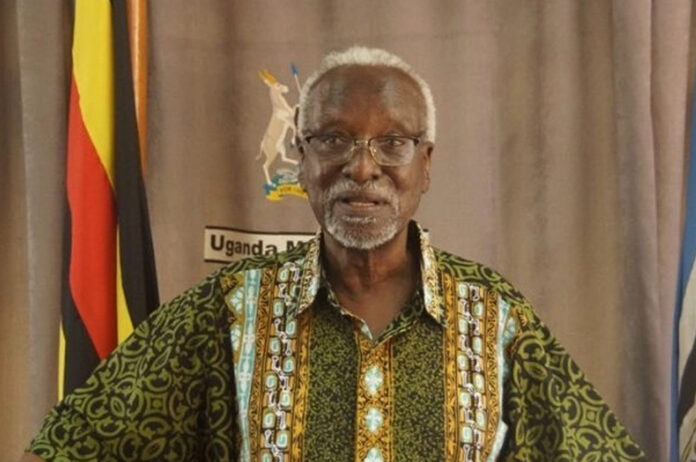 The second Deputy Prime Minister also Minister for East African Community Affairs, Kirunda Kivejinja ‘KK’ has died. Hailing from the Busoga Region, Kivenjija has died at 85 years of age. He has been one of the longest serving ministers in the Uganda government.

News made rounds some days ago that he had passed on but a source from the family has cofirmed that he has breathed his last at around 5pm on Saturday after spending a month in Intensive Care.

While addressing a political rally in Hoima, Saturday, President Yoweri Kaguta Museveni hinted that Kivejinja had died from Covid-19.

Through his social media, Prime Minister Dr Ruhakana Rugunda said; “We have learnt with deep sadness the passing of our elder, friend and comrade, 2nd Deputy PM Alhajji Ali Kirunda Kivejinja. His passing is a huge loss to the country, of a great Pan Africanist & repository of our history and journey of social, political and Economic transformation.”

He was born on June 12, 1935 and was a veteran Ugandan politician and senior presidential advisor to the President Yoweri Museveni.

He previously served as Second Deputy Prime Minister and Minister of East African Community Affairs in the Cabinet. He was appointed to that position on June 6, 2016.