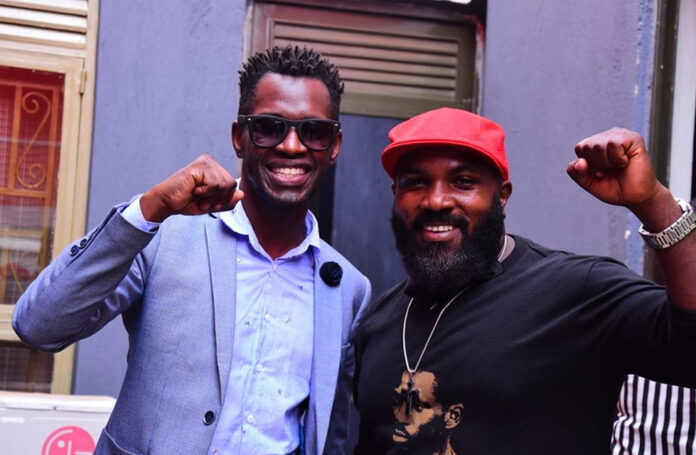 National Unity Platform Presidential candidate Robert Kyagulanyi Ssentamu alias Bobi Wine has revealed that his campaign aides who were arrested with him in Kalangala have been charged with the case of illegal possession of ammunition.

The 49 members included his singing partner Nubian Li, bodyguard Eddie Mutwe, producer Dan Magic, Bobi Young and others who were on his campaign team in Kalangala district.

They were arraigned before the General Court Martial in Makindye Military barracks without lawyers and family members after security personnel denied them access. Bobi Wine wrote:

And so like that we have come full circle! The dictatorship has arraigned 48 of my campaign team members (including Nubian Li, Eddie Mutwe, Dan Magic, Bobi Young, etc) before the General Court Martial at Makindye and charged them with illegal possession of ammunition! Our lawyers and family members of the comrades were all denied access to the court. The court sat without anyone present and remanded them!

I find it difficult that a man who claims to be a General can be so, so scared of the people to the point of behaving in the most shameful manner! Like we have said repeatedly, we have information that they plan to plant guns, drugs and other materials in homes of comrades so as to arrest them and charge them with such bogus cases. To you all comrades out there, be strong, be firm! These are simply signs that Museveni is on the way out. God is with us. Just continue to pray for Uganda and do your part to make this change possible.

Ongwen case: The ICC must emphasize victims choice of lawyers