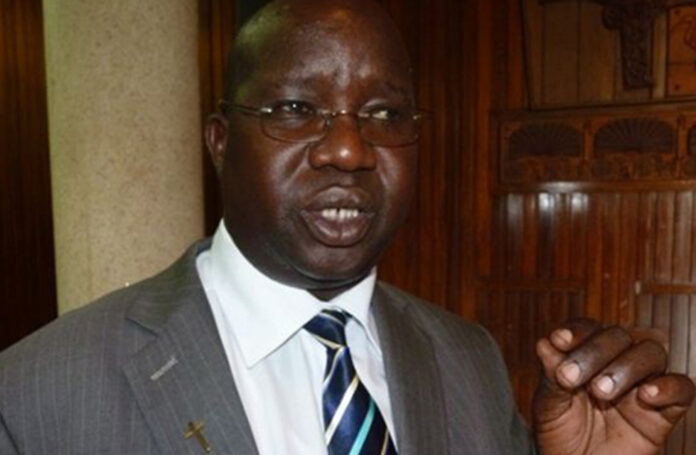 The High Court in Kampala Monday threw out a case against the Ethics and Integrity minister, Rev Father Simon Lokodo, that had been filed by gay activists after he stormed into a conference hall and closed their meeting in Entebbe in 2012.

Presiding judge Steven Musota ruled that the minister acted in public interest to protect the morals values of the society since he had told court that the participants in the meeting were distributing homosexual literature intended to train and recruit others into the vice.

Justice Musota dismissed the case with costs to the Attorney General adding that the gay activists cannot plead an infringement to their rights since they were promoting illegal acts of homosexuality by distributing same sex literature.

The judge also ordered the activists to pay damages to Lokodo for wrongly dragging him to court yet he was performing within his official capacity.

He further added that the Constitution permits a limitation to the enjoyment of human rights if they prejudice the rights of other individuals.

The case arose in February in 2012, at Imperial Resort Beach Hotel, Entebbe when Minister Lokodo halted a workshop by gays and activists claiming they had no moral standard to hold such a workshop whose agenda was unknown to government.

They, among others, accused the minister of infringing on their constitutional rights when he closed their two –week workshop.

The ruling comes four months after President Museveni assented to the anti-homosexuality law. According to the Anti-homosexuality Act 2014, a person who purports to contract a marriage with another person of the same sex, commits the offence of homosexuality and shall be liable, on conviction, to imprisonment up to life.