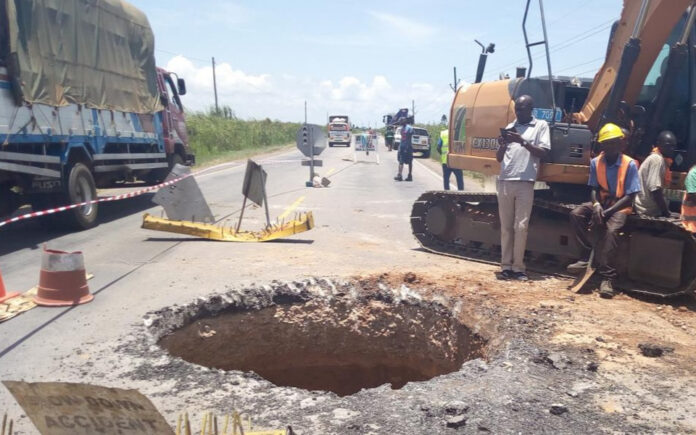 MASAKA: Local Government leaders in the greater Masaka sub region have asked government to crack a whip on its agency of the Uganda National Roads Authority-UNRA, accusing the body of poor performance.

The leaders who include L.CV chairpersons of the nine districts of greater Masaka, Resident District Commissioners, NRM party chairpersons and Chief Administrative Offers accuse UNRA of deliberate failure to fulfill its mandate in their region hence undermining government’s performance.

These presented their concern to officials from the Manifesto Implementation Unit-MIU in the Office of the President; who are currently assessing the implementation progress of NRM manifesto commitments in the area.

The leaders are greatly concerned of the many un-worked upon Central government roads that directly fall under UNRA’s docket. The highlighted roads include among others; Nyendo-Bukakata connecting Masaka district to Kalangala Island, Broadway and Nyendo Cathedral road; which runs through Masaka town, Kyotera-Kansesero road, Rakai-Lyantonde, Kalungu-Gomba and Lyantonde-Ntuusi, that are currently in very bad shapes.

Peter Ssenkungu, the Masaka district NRM chairperson indicates that such bad roads in the area are undermining the performance of both the local and central government s which the population look up to for services.

“Although local governments are trying with their newly acquired roads units to put the community roadways within their mandate up to standard, UNRA is instead undermining all these efforts. This appears to same kind of sabotage by this authority,” he noted

He explains that many of these roads have been in the several National budgets been allocated funds to be worked upon in vain, “The worst part of the story, is that UNRA has consistently failed to even maintain these roads, despite our repeated requests to the station manager of Masaka,” he added.

Robert Benon Mugabi, the Rakai district chairperson who spoke with all of irritation told the MIU officials that the electorates are currently so angry with the leadership over the impassible roads under central government.

“What bothers us most is that we formally notified the responsible officers who in response assure us as they are fixing the roads soon, but all these promises are never fulfilled,’ he argued.

The leaders unanimously tasked Fred Kamugira; the Deputy Director of the MIU to join them press the responsible government ministries and department reign over UNRA’s poor performance in the area, threatening that they may be forced to join the electorates in demonstration over bad roads.

Lieutenant Joy Walusimbi, the Masaka Resident District Commissioner, revealed that his office is currently overwhelmed by complaints about the poor state of Nyendo-Masaka road that has been neglected by UNRA.

“Much of my time is now spent calming people’s tapers, who every time want to demonstrate over the visibly poor state of this road that runs through Masaka town. UNRA official are found to lying to us every time we inquire from them,’ he argued.

Amid all the bitter arguments of all leaders, Kamugira was prompted to interject into their submissions and pleaded that his office was going to look into the concerns.

According to him, although the country could be financially constrained to do all projects at the same time, this should not be justification for impunity and poor performance by UNRA.

But Charles Okech, the UNRA station manager for Masaka Zonal office urges some of the roads in the area had not been given priority this financial year, urging leaders to remain patient as they (UNRA) reviews their priority list.