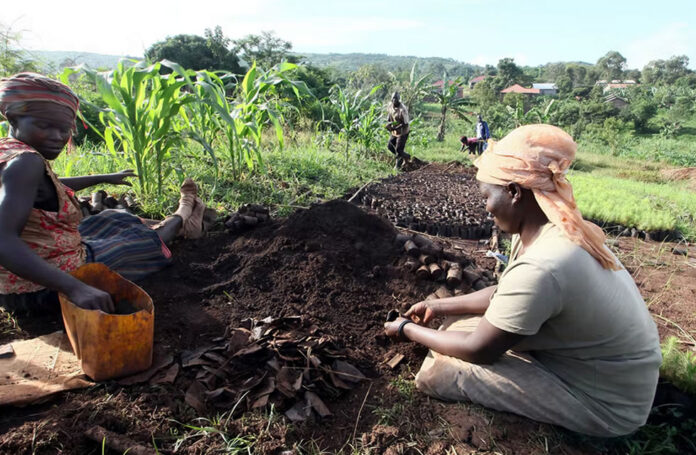 MASAKA: The Masaka municipality Member of Parliament Mathias Mpuuga, has asked the Masaka district council to keenly probe the quality of farm supplies delivered by soldiers implementing the Operation Wealth Creation-OWC program in the area.

Mpuuga, who on Thursday attended the district council session as an ex-official, observed that he is overwhelmed by farmers’ complaints regarding the quality of inputs they receive from OWC officers.

According to him, the local farmers are continuously reporting about the poor breeds of animals and yielding of crops including coffee seedlings a direct implication that their quality is wanting.

“While we expected the officers to give out drought and pest resistant coffee varieties that are even known to have high yields, they continue to adamantly distribute the usual seedlings and the same has happens even to other crops,” he noted.

The legislator implored the district leadership to financially empower its agricultural technical team to carryout close monitoring of the projects and eventually make timely progress reports about them.

Late last year, while president Museveni visited Masaka to launch a new market in Nyendo, he had an altercation with the MP after he used the event to openly criticize the imperfections in the project.

Mpuuga maintains that with the current mode in which OWC is being implemented, the much it can do is to alleviate poverty from the fewer input suppliers but not the intended local farmers.

He argues that OWC was initially a well-intentioned program which premised on a demand-driven approach of implementation, but to his surprise it changed focus along the way hence having it rationale abused by having items distributed to farmers out of their wishes.

In the 2017/2017 recently read national budget estimates, the financial allocation to the Agricultural sector under which OWC program is a component was increased by from Ushs 343.46bn last year to Ushs 824.42bn, translating to 64% increase.

He on the other asked the district leadership to rein over the continuous irregular sale of public assets in Masaka municipality, which he said may rid the district of enough breathing spaces in the near future. “You never know we may need land to put up public facilities in future, but the rate at which land is being parceled out to private people under dubious means may make it impossible because land is an infinite asset,” he noted.

The district council passed a resolution to take the concerns serious, with the L.CV chairperson Jude Mbabaali committing to expeditiously compile a detailed report to about them.

But the Operation Wealth Creation spokesperson Ms Sarah Kagingo, in a recent interview with us, downplayed public fears about the quality of the inputs saying they are first examined by senior Agricultural officers before who work alongside the implementing soldiers. She said all the items distributed go through proper scrutiny arguing that the project has even passed the test of time with positive results realized in different parts of the country.