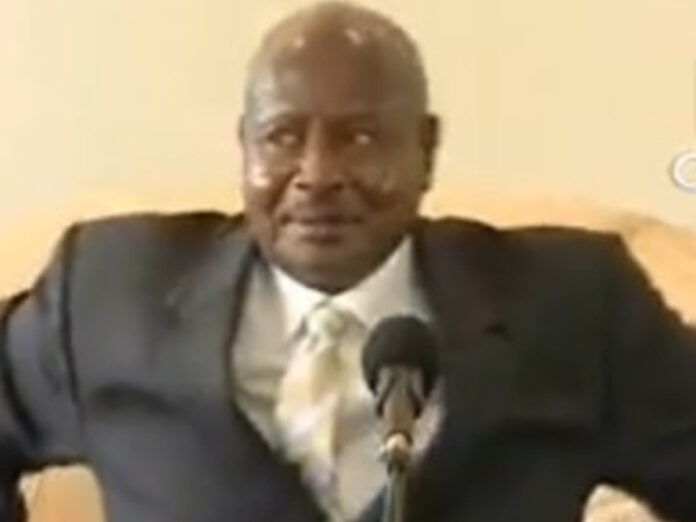 This is in a letter he wrote to the Speaker of Parliament of Uganda, Rebecca Kadaga demanding to know why she and some MPs decided to pass the Anti-Homosexuality Bill when he had asked for more time to analyse it.

“How can you pass law without the quorum of Parliament after it has been pointed out? What sort of Parliament is this?” Museveni asked in a letter dated December 28, 2013 to the Speaker.

The President demanded to know why the Parliament can be able the one to break the Constitution and the Law repeatedly.

He said a normal person was created to be attracted to the opposite sex and so the homosexuals are only abnormal but can be rescued through economic empowerment.

The President also said there is no provision for killing homosexuals. “The question at the core of the debate of homosexuality is; what do we do with an abnormal person? Do we kill him/her? Do we imprison him/her? Or we do contain him/her?”
He however, said there is a group of youths who are homosexuals because of financial reasons and so need to be rescued.

President said the MPs are exposing the unemployed youth or “impecunious students” to the risks of homosexuality and other temptations.

“Even with legislation, they will simply go underground and continue practicing homosexuality or lesbianism for mercenary reasons,” he said.

Museveni also referred to lesbians as some who are sexually starved because they are not married and so decide to go into the practice.

The Anti-Homosexuality Bill was passed on December 20 by the Parliament of Uganda proposes a life sentence for certain homosexual acts.

The MPs then requested President Yoweri Museveni to assent the Bill quickly so that it becomes a law.

However, since the bill was passed by the Parliament in December, human rights activists and gay activists have strongly condemned the bill.

Some Ugandans have raised concerns that donor aid could be restricted if the bill is signed into law.

The US President Barack Obama called it “odious”.

UK businessman, Richard Branson also called on companies and tourists to boycott Uganda against approving the anti-gay bill which intends to toughen the punishment for homosexual acts.

This Act prohibits any form of sexual relations between persons of the same sex; prohibit the promotion.

It is a legislative proposal that would broaden the criminalisation of same-sex relations in Uganda domestically, and further includes provisions for Ugandans who engage in same-sex relations outside of Uganda, asserting that they may be extradicted for punishment back to Uganda, and includes penalties for individuals, companies, media organisations, or non-governmental organisations that know of gay people or support LGBT rights.