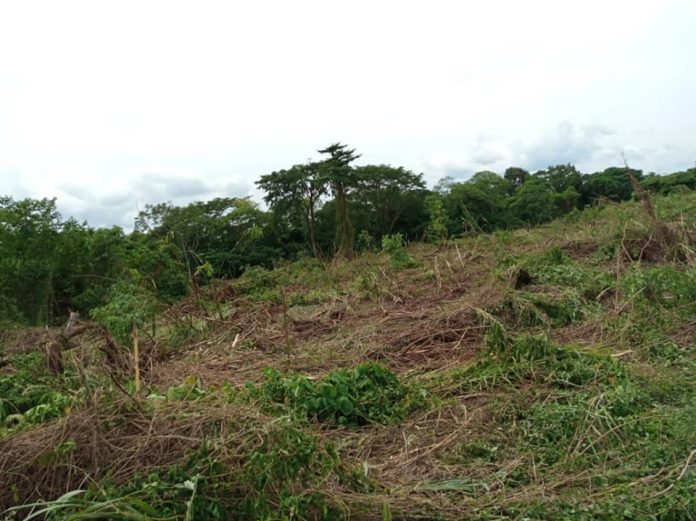 Bunyoro Kitara Kingdom has instituted a committee to investigate the alleged sale of part of Bugoma central forest reserve to Hoima sugar limited.

Andrew Byakutaga, the Bunyoro Kitara Kingdom Prime Minister says that the Natural resources department has been tasked to carry out fresh investigations into the matter and come up with a detailed report.

The National Forestry Authority – NFA sued Omukama of Bunyoro-Kitara Kingdom, Solomon Iguru Gafabusa, Hoima Sugar Limited and the Uganda Land Commission (ULC) for alleged encroachment and degradation of the forest reserve. But High Court Judge Wilson Masalu Musene ruled that the land in question does not belong to NFA.

In April, the High Court in Masindi in April dismissed a move by NFA to block a planned takeover of the forest by Hoima Sugar Limited. The company intends to use up to 22 square kilometres of the Forest Reserve, for sugarcane growing.

NFA appealed the ruling where court is yet to pronounce itself on the case.

However, since then, Bunyoro Kitara Kingdom has been accused by both the conservationists, NFA and the local residents of allegedly selling out Bugoma forest reserve land given its ecological functions.

According to Byakutaga, the committee comprises of Jackson Byaruhanga, the kingdom’s minister for natural resources. He will be deputized by Edgar Agaba, the Kingdom Attorney General and Stephen Twesige, third deputy Prime Minister who also doubles as minister in charge of restituted assets and reparations.

Other members are Phillip Katahoire, the minister in charge of palace affairs and Richard Kitehimbwa, the Principal Private Secretary to the Omukama. Byakutaga is an ex-official on the committee.

Byakutaga says the committee will submit its findings before cabinet on August 31. Byakutaga says that some individuals got land and went ahead to acquire titles fraudulently.

Byakutaga explains that the Kingdom is equally concerned about the protection and preservation of forest reserves, swamps, wetlands and water bodies within the kingdom since they are paramount to both human beings and biodiversity.

During a visit of Bugoma forest reserve, it was discovered that more parts of the forest reserve had been cleared in the areas of Kisaru and Rwempunu in Kyangwali and Kabwoya sub-counties in Kikuube district.

At Kisaru in Muhangaizima block of Bugoma forest, a businessman has cleared 10 hectares of the 900 hectares and in Rwempunu another had cleared 10 for cultivation before they were stopped by NFA.

The forest is located in the Albertine Graben where there is commercial oil exploration and is a catchment area for River Semuliki.