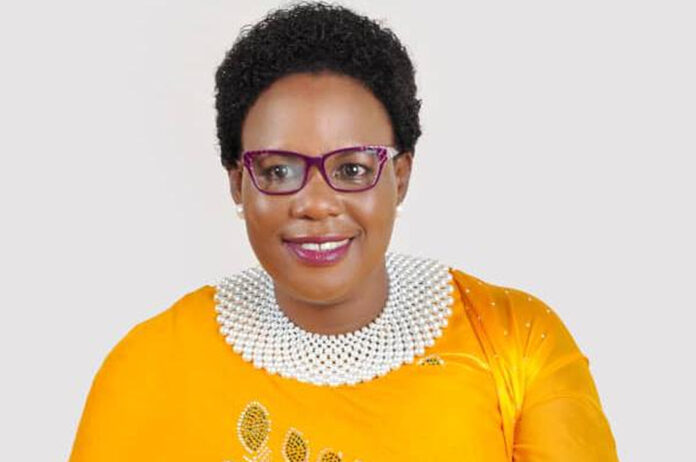 Mbarara—17, September 2020: Drama has erupted at the NWSC head offices as several employees of between January 2017 and June 2020 have deposited over 650 million shillings on an account in Centenary Bank belonging to Bamugisha Community Welfare Limited.

According to the information, NWSC has procured two hotels, one in eastern Uganda and the other in Ishaka Bushenyi district in Western Uganda.

What was the purpose of the money? Why were employees of NWSC forced each to procure a book allegedly authored by Dr Mugisha at a cost of 40,000 to 50,000 a copy? Why are some individuals allegedly working with NWSC paid by voucher and are not on payroll, yet they are paid highly?

These are questions this digital media has gathered from sources. State authorities have are yet to take keen interest in the corruption that has eaten NWSC. However, we can attempt to throw more light on what is transpiring in NWSC.

A bank statement of Bamugisha Community Welfare Limited (BCWL) seen by this media outlet shows that from January 1, 2017 and June 23, 2020 over 150 employees ranging from senior managers to regular staff of NWSC deposited millions of shillings on the organization’s account. Suppliers also made huge deposits.

To highlight some huge deposits, on December 21, 2017, Muleme Richard, a supplier, deposited 10 million shillings on the BCWL bank account. The supplier again deposited over 19m on February 5, 2018 on the same account.

Then on February 13, 2019, Juuko deposited Uganda shillings 30m. Juuko’s transactions show a lot of suspicion as to the purpose of the deposits and source of the money considering that he is listed as an employee of NWSC, who was banking on an account belonging to an NGO managed by a wife of the chief executive of NWSC.

Another interesting case is VAMBECO Ltd which was contracted by NWSC to construct Kapeeka Water Project, deposited Uganda shillings 10m on a bank account of Bamugisha Community Welfare Limited that is owned by Dr Mugisha and his wife on August 7, 2018.

These transactions which total to slightly more than Uganda shillings 655m are all suspicious. Sources reveal that to understand why these staff deposited money on the Bamugisha NGO bank account, one would have to first understand the science in the billing mechanism.

It is suspected that billing on water meters is inflated. In 2018, National Water effected tariff increase in water bills. However, in an earlier interview with the NWSC Managing Director, he told this online newspaper that he usually fundraises for his NGO.

When contacted, the NWSC Public Relations Officer, Western region, Paul Kahigi said it’s not true that staff at NWSC were forced to contribute to the noble course.

He said that these are pure politics where a few individuals want to state for their own selfish interests.

“Those who have contributed the money have done it from their own servings and no one was forced to do so,” said Kahingi.

He further said he was not in a position to speak on behalf of Ba Mugisha Community and since there is no complaint from NWSC staff.

Persistent attempts to reach the Managing Director’s wife Katusiime via her known phone contact to explain why NWSC were depositing huge sums of money on her organization’s account were fruitless.

But to understand why employees of National Water have been depositing these millions, a look into a whistle-blower’s complaint submitted to the State House Anti–Corruption Unit headed by Lt Col. Edith Nakalema was possible.

The water corporation chief executive has been accused of using his office to finance and raise support for his wife’s political campaigns to secure a parliamentary seat.

The written complaint states that: “…there is extortion of money from National Water and Sewerage Corporation staff to support activities of Ba Mugisha Community Development Foundation, a vehicle used for promoting Annet Katusiime Mugisha’s candidature in Bushenyi.”

“There is extortion, kickbacks from service providers and this is done by Dr. Silver Mugisha through his wife’s shadowy organization known as Ba Mugisha Community Development Foundation (BCWL). A thorough investigation should be carried out on his procurement dealings with among others VAMBECO, SOGEA SATOM and others,” the whistler-blower further states in a letter written on April 11, 2019 and received four days later on April 15th 2019.

In that letter, the whistle blower also points out an irregular recruitment of 18 persons into the ranks of NWSC. Some of them are; Kahiji Paul, the FDC chairman for Bushenyi District, Turibamwe John, the regional security in Mbarara; Murani Sarah (Kabale), Elineo Mwine Yeremiya (Bushenyi), Musafiri Gerald (Buhweju), Kabazeyo Lilian (Kabushaho water office), Bashaasha Edrine and Jafari Basajabalaba’s unnamed son and daughter.

“It should be noted that the majority of these employees are initially recruited as graduate trainees to circumvent recruitment procedures,” the whistle complains.

The whistle blower also accuses Francis Kateebe, a regional manager Bushenyi Area for misappropriating Uganda shillings 15m and blamed the embezzlement on his junior staff, including Rwakitooke Allan, Sylvia and Stephen, who were instead transferred.

However, Mugisha boasts that the Inspector General of Government has investigated National Water six times and didn’t find any incriminating evidence to support all the allegations against the Corporation.

But recently, intelligence has taken a keen interest in some procurement transactions by National Water. Intelligence has since established that the Corporation dubiously procured two hotels; one in eastern Uganda and another in western Uganda, which allegation has been denied by NWSC officials.

But after it was crosschecked with the procurement department, Apedel corrected his response, confirming that, actually, NWSC had procured a hotel in Bushenyi at a cost of Uganda shillings 5.2bn through open bidding.

He also said in Lira, they intend to improve Kachung Water Treatment Facility into a training facility.

“In Bushenyi, we wanted a facility that has space for meetings, conference hall and modest accommodation. In Lira, we are converting the treatment plant. We advertised the procurement for a contractor to handle the work and the deadline is October 26, 2020,” he clarified.

But one wonders why an established Corporation like NWSC would procure a hotel in Bushenyi yet they already have a huge piece of land in Nyaruzinga in the same locality where they could have constructed a modern training facility at less the money they used to buy the hotel.

There are also allegations that some people who are not NWSC staff are paid salaries by vouchers. They are; Tenya Adrisa, Kagisha Erinal, Mushanga Parish and Byambagambe John, who are paid seven million per month. Are these payments meant to avoid external audit?

The NWSC spokesman said that all their employees are paid by an existing payroll unless those on urgent assignment to the field.

Further investigations by this media outlet indicate that Dr Mugisha’s cell phone line has been used to send money via the mobile money platform close to 800 million shillings to certain beneficiaries. What was the purpose of this money? Could it have boosted his wife’s campaigns?

In addition, in an interview with a former NWSC staff, it has been established that employees were being coerced to procure a book authored by Dr Mugisha at a cost of 40,000 to 50,000 per copy.

Despite being acknowledged as a chief executive of international standard, Dr Mugisha has failed to live up to professional management etiquette, some say.

He is always suspicious of co-workers, which has caused friction in management. For instance, in 2015 he accused a fellow manager of being a mole for President Museveni, a source who spoke to us, adds.

“In several meetings and private discussions with some people who have told me, MD has accused me of ferrying documents to State House. In November 2015, while at work around 3pm, the MD invited me to his office and upon my arrival, I found him alone. He immediately asked me why I was working behind his back. He told me that he had got information from special forces command officers….that I had asked the president for the job of managing director at NWSC,” Ronal Bigirwa Muhangi, the then Senior Manager- Western Zone, formally complained to the Director of Human Resource on January 7, 2019. This matter is said to have attracted animosity within management until the Board intervened. Muhangi was later transferred to head north and east Uganda.

As debate goes on about the endemic corruption that has crippled NWSC, observers and analysts suggest that the organization needs a total overhaul with new management in charge as has been done with UNRA, URA, KCCA, etc.

Going by what intelligence sources have revealed, it is likely that the President will appoint a new chief executive to enforce a clean-up exercise.