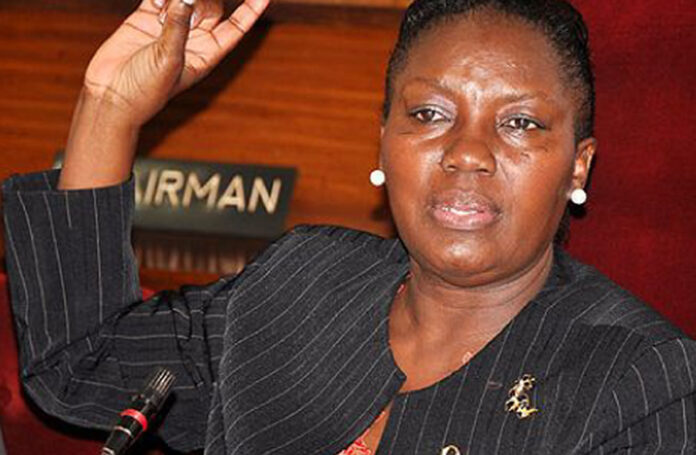 The Speaker of Parliament, Rebecca Kadaga has written to Uganda People’s Defence Forces (UPDF) inquiring to know his status in the army before she can consider extending his leave for more three months.

Hon. Kadaga wants to know whether Sejusa who is in exile in London is still serving in the army. She is thus waiting for a response from UPDF to make a decision regarding Sejusa’s leave request.

However UPDF army spokesperson Lt. Col. Paddy Ankunda last week implied that it would be wrong for the Speaker of Parliament, Ms Rebecca Kadaga, to exercise her free mandate to either extend the general’s leave as requested or refuse it.

“We have heard that he has asked Parliament to extend his leave. We will see if Parliament will allow extension of his leave. In fact, it will be erroneous to extend leave of a person who has already declared to fight a legitimate government,” he said.

The embattled General who is exiled in London recently wrote to the speaker, through his lawyer Joseph Luzige requesting his leave to be extended for more three months.

Gen Sejusa ran into trouble with the regime early this year over a letter written to the director general of the Internal Security Organisation, asking him to investigate reports of a plot to assassinate senior government officials (including himself) thought to be opposed to “the Muhoozi Project”.