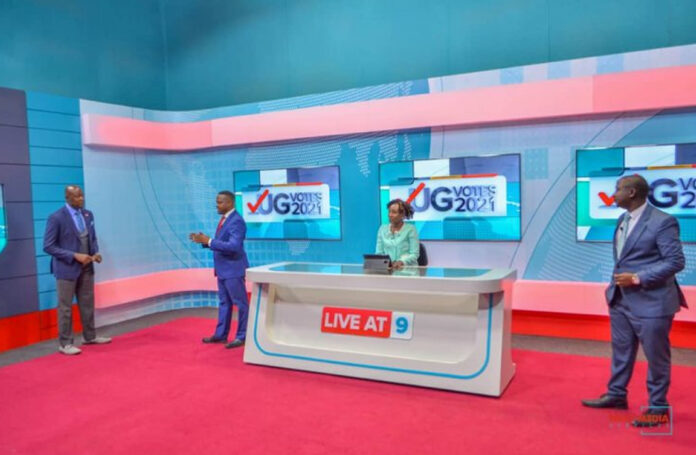 Next Media Services, has launched its spacious and modern political command center to provide bold, accurate and authoritative coverage of the upcoming 2021 general elections.

Speaking about the launch, Next Media Group CEO, Kin Kariisa said that the new political command centre, “is designed to be a media house” on its own and this will enable the group to perform at an unmatched level during the elections.

“It is designed with unique specifications,” Kariisa said.

With the Electoral Commission announcing this year that the 2021 general elections be ‘scientific’ via TV and Radio, Kariisa said that the new command centre will offer various political packages for all political parties and candidates to put across their message.

“If you are asking for capacity to serve this country, we have it. We are asking NUP, FDC and all parties to come to us and we will serve them the way we serve others,” Kariisa added.

He said a state of the art studio that will host all the political coverage has been put in place at Next Media Services’ new home on Naguru Hill and virtual reality will be brought to the viewers in the comfort of their living rooms.

Next Media’s Chief of Strategy, Joe Kigozi, said there is an extensive plan to exhaustively cover the whole nation as political stories unfold in the run up to the forthcoming elections.

The head of news at Next Media Services, Joyce Bagala said: “We have done well so far, but we can do better. We recently broadcasted in more than 35 places.”