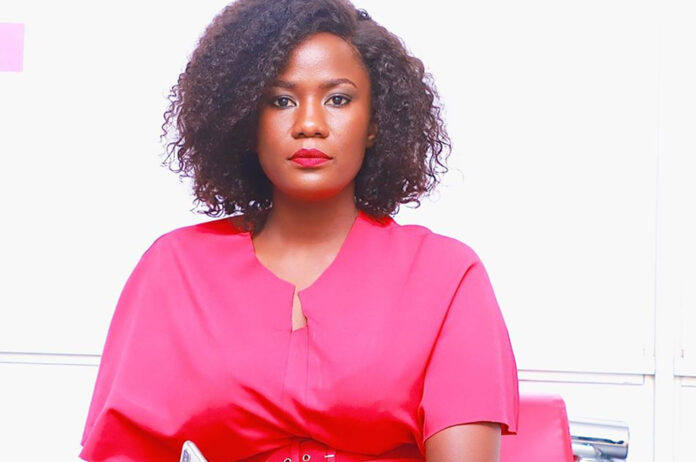 NBS TV’s Gossip segment presenter Annet Nambooze a.k.a Anna Talia Oze has officially joined politics.  She is contesting as the Lord Councilor Rubaga.  Anna Talia who rose to prominence as a presenter on Uncut Sabula and Uncut Kalakata released a press release to announce her intentions.  She is running on an independent ticket.  Below is her press release.

I salute you in the name of God Almighty. My name is Nambooze Annet but I’m commonly known as Anna Talia Oze. I am a wife, mother, daughter and a friend to many of you. I am also a teacher by profession and a journalist by training and practice. I am a Muganda by tribe belonging to Kobbe Clan. I love the Kabaka of Buganda and loyal to our kingdom.

My life’s story is a story of Rubaga North. I was born and raised in Lungujja and Namirembe . I stayed with my parents Mr. and Mrs Sebutinde . in Kyobe Zone, Until I was taken over by my benefactor who doubles as my Grandfather The late Charles Kamwanga Busulwa (Director Alliance SSS) . I have lived and worked in the other areas of Rubaga North . I went to Alliance SSS in Lungujja from 2005-2008 until I went to Old Kampala SSS where I studied my Alevel from 2009- 2010 and Finally Makerere University where I attained a bachelors of Arts in Education (English and literature)

I know what a day to day life of a resident in Rubaga North is. The struggle to afford basic necessities of many of you was and is still my struggle. The fear to slip into poverty, the raging issue of youth unemployment are still my fears.

As a child growing, I have been exposed and experienced the plight of my people in Rubaga North . I know what it means to be born and raised in this constituency in every sense including the challenges of my people. I grew up in a very modesty home that struggled and depended on hard work to survive. My father is a mechanic and my mum did odd jobs to raise us.

But my friends, I also know what grace means. I know why hope is important and I know that Faith will take us places. I choose teaching as a profession 1st because I come from a family of teachers that has educated thousands of students in Rubaga at Alliance SSS, 2ndly because I wanted to help in supporting and nurturing our children”- She posted on her social media.