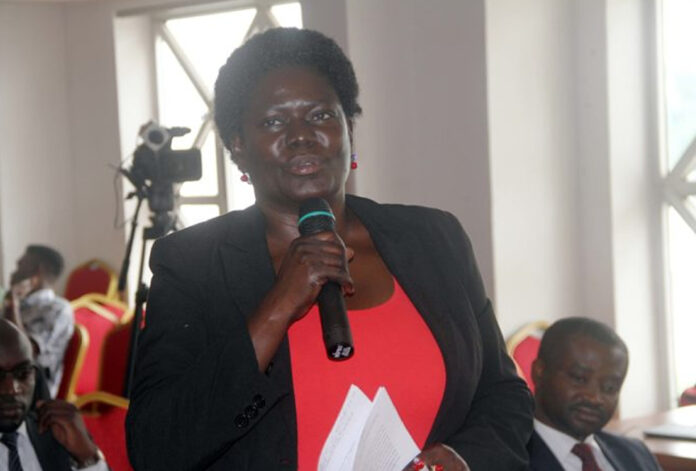 PARLIAMENT; Opposition politicians should ally with morally upright civil society organizations and religious based groups in order to favorably compete for power, the Second Deputy Speaker of the Parliament of Ghana, Alban Bagbin, has advised.

Bagbin, who was presenting a paper on ‘Government and Opposition: Roles, rights and responsibilities,’ said that civil society organizations and religious groups possess the moral high ground needed to win over people.

“The Opposition should try as much as possible to partner with the civil society, particularly the intelligentsia and faith based organizations, who are on moral high ground that is needed to win elections,” he said during the second day of a bench-marking workshop for selected leadership of Opposition in the Ugandan Parliament.

The workshop is being held at the National Institute for Legislative Studies in Abuja, Nigeria. MPs in attendance include the Chairperson, Public Accounts Committee, Angeline Osegge; Silas Aogon (Ind., KumiMunic); Fred Tumuheirwe (Rujumbura) and Santa Alum (UPC, Oyam district). The MPs serve on the accountability committees of Public Accounts; Commission, Statutory Authorities and State Enterprises; and Government Assurances and Implementation.

Bagbin, the MP for Nadowli-Kaleo in the Upper West Region in Ghana, was Majority Leader during the National Democratic Congress government, which lost to the New Patriotic Party in the December elections. He was elected Deputy Speaker of Parliament.

He said that the Opposition must seek allies and avoid trying to lean on the side of the majority especially in the House.

“People should see you doing the right thing based on honesty and integrity; once you get the moral high ground, whether the president is listening to you or not, persons listening to you will force him to listen to you,” Bagbin observed.

Opposition MPs wondered how they could speak with a single common voice on various issues, whereas they belong to different parties.

Angeline Osegge said; although elected legislators have the mandate of the people, they have no power of execution since they do not control the funds.

“And whenever there is poor or dissatisfaction in service delivery, the nearest picture or person to government that can be identified is the Member of Parliament,” she said.

Tumuheirwe wondered how party structures can be strengthened to avoid parties built around strong personalities crumbling when those parties lose power.

“How do you ensure that members do not desert a party when it is not in power?” he said adding, “And how do you articulate government programmes or positions and remain relevant in your own party (that is in the Opposition)?”

Santa Alum (UPC) said that sometimes individual MP’s position may be different from that taken by the party on whose ticket the member stood for election.

Sentell Barnes, Resident Country Director of International Republican Institute, recommended that MPs must always be involved in the decision making of their parties, and that parties should allow their legislators to side with their voters in cases where they disagree with the party position.