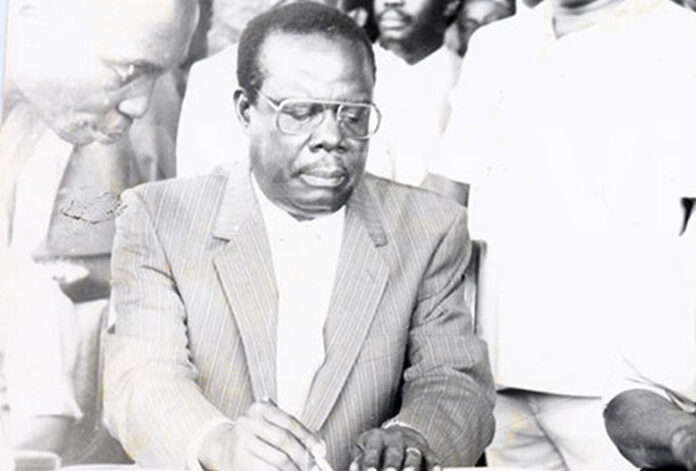 Three Cabinet ministers, a former Vice President and 14 other men were charged with treason today, accused of plotting to overthrow the eight-month-old Government of President Yoweri Museveni.

If these 18 Ugandans are convicted, they could face the death penalty.

The most prominent defendant is Paulo Muwanga, who was Vice President under Milton Obote. Also accused were Commerce Minister Evaristo Nyanzi, Energy Minister Andrew Kayiira and Environment Minister David Lwanga. They were among leaders of anti-Obote guerrilla and political groups invited to join the Government after Mr. Museveni’s National Resistance Army won a five-year guerrilla war in January.