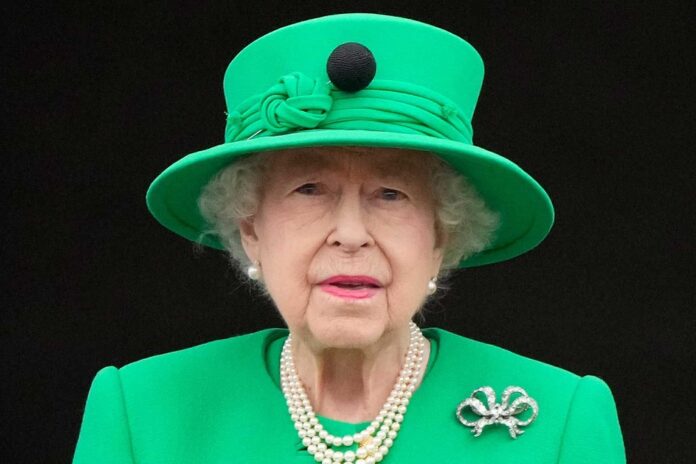 “The Queen died peacefully this afternoon at Balmoral in Scotland.” The King and Queen Consort remained at Balmoral until Friday they transferred to London in the United Kingdom, according to a statement from the royal family.

Even through royal scandals, the contraction of the British Empire, and huge changes around the world, Queen Elizabeth, 96, was a symbol of stability and continuity. She recently oversaw the appointment of her 15th prime minister.

The ceremonial succession will take place over the following ten days, with Charles providing the world with a first look at what he will be like as monarch. However, the spotlight on Thursday was on the queen’s death, with Britons leaving flowers outside Buckingham Palace in London and condolences flooding in from all around the world.

The Queen’s death marks the loss of a revered monarch – the only one most Britons have ever known – as well as the end of a figure who served as a living link to World War II Britain, presided over its fitful adjustment to a post-colonial, post-imperial era, and saw it through its bitter divorce from the European Union.

The royal family’s future under a new monarch, Charles, is unknown. He remarried his second wife, Camilla, the Duchess of Cornwall, and his accession to the throne is no longer in dispute, as it was during his personal troubles.

However, Charles has long voiced a wish to streamline the family in order to reduce the strain on the public purse. And the royals’ internal conflict continues as they adjust to the departure of Harry and Meghan, who have settled in California.

Here are all the Queen Elizabeth II kingdoms where she reigned

During her reign, the monarchy’s footprint fell drastically, but at the time of her death, she was still the head of state of the United Kingdom and 14 Commonwealth countries, ranging from Canada and Jamaica to Australia and New Zealand. Queen Elizabeth II’s reign spanned the decline of Britain’s global prominence, from an empire that once ruled the world to a middle-ranking economy.

As decolonization progressed and British colonies and dependencies became new Commonwealth realms, the number of Commonwealth states rose. Some chose to keep her as President, while others did not. Where she remained queen, her role was mostly ceremonial, and her responsibilities were handled by one of her governor generals – a ruler who essentially acts as head of state.

She was the queen of each newly independent country in her own right, not just because she had previously been the British monarch. She was the head of state of Antigua and Barbuda, Australia, The Bahamas, Belize, Canada, Grenada, Jamaica, New Zealand, Papua New Guinea, Saint Kitts and Nevis, Saint Lucia, Saint Vincent and the Grenadines, Solomon Islands, Tuvalu, and the United Kingdom at the time of her death.

These countries are separate from the larger 54-state Commonwealth of nations that have historical ties to the United Kingdom but have not always chosen to have the queen as their head of state.

During her reign, she was the head of state of 32 countries. Seventeen of them elected to dissolve ties after becoming independent. These nations are listed below.

Between 1983 and 1987, she was the queen of 18 countries at the same time. Since then, Fiji (1987), Mauritius (1992), and Barbados (2021) have become republics. When Rhodesia, now Zimbabwe, declared its independence from Britain unilaterally in 1965, it pledged allegiance to the queen before declaring itself a republic with a president in 1970, though its status was never recognized internationally.

Being Queen of New Zealand also meant she was the head of state of the Cook Islands and Niue, which are related states within New Zealand’s realm. Britain controls 14 overseas territories, including Bermuda, the Falkland Islands, Gibraltar, and the British Antarctic Territory.

Her shortest tenure were in Kenya, Tanganyika (now Tanzania), and Uganda, where she ruled for exactly a year between independence from Britain and becoming a republic.