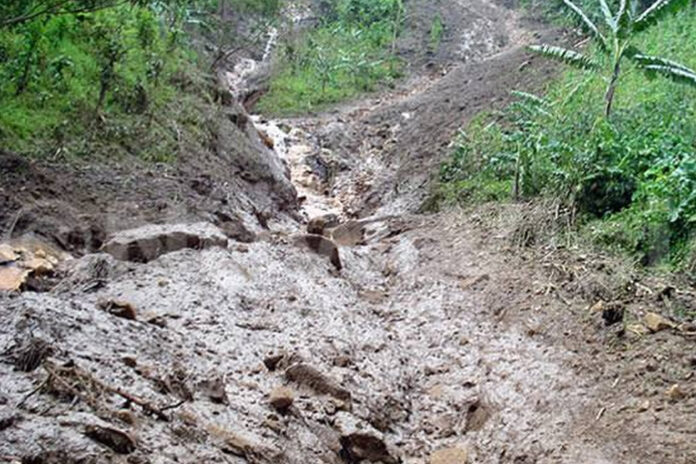 A number of people has been confirmed dead and others injured by landslides in Chemalum village, Kapsinda sub-county, Tingye County in Kapchorwa district.

The landslides were triggered by the Saturday (July 30) trans-night torrential rains in the area which rolled into Sunday morning hours.

Of those confirmed dead are two minors killed in their sleep by a rolling mass of the rubble that landed on top of their house.

Some of those who survived were rushed to Kapchorwa General Hospital where they are being monitored by doctors. By press time, rescuers were still looking for more victims who could have been buried by the debris.

Police have since joined the local rescue team in search of more victims.

“Our team is on ground to provide any form of expertise in search and rescue of people who might have been buried by the landslide,” Fredmark Chesang, Sipi Police Spokesperson said.

Evelyn Kubarika Chebet the LC 5 Chairperson Kapchorwa condoled with the grieved families before asking the line ministries and partners to intervene with any necessary help.

Kubarika is worried that the situation might only get worse in the coming days since the rainy season is only beginning.

“This is very unfortunate and worrying because landslides are becoming regular in Kapchorwa. Windstorm is also another disaster the district grapples with time and again,” Kubarika said.

According to the latest update from the Uganda Meteorological Authority (UMA) most parts of the country particularly the East will receive above normal rainfall.