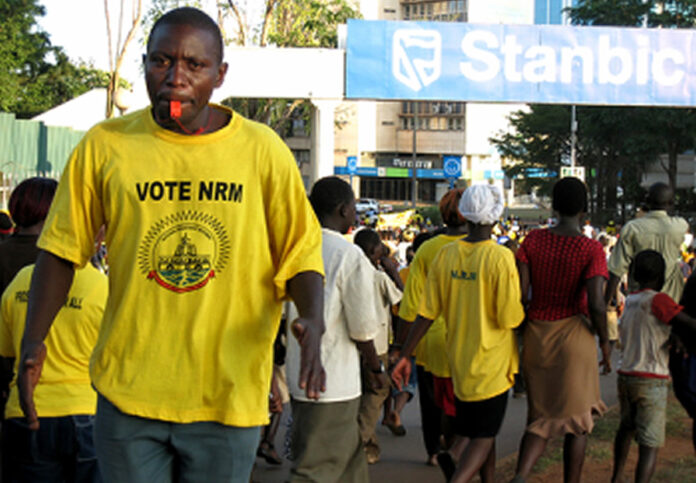 The second-biggest news story of the year 2010 — after the July 11 bomb blasts in Kampala — is, so far, the chaos within the NRM party that started with the district committee elections in July and went full-blown in August with the primary elections.

The aborted primary elections have also offered the country a glimpse into the true thoughts of many within the NRM.

Apparently, they are not as passive and sheep-like in their attitude as they sometimes seem or are portrayed. They can be aggressive. They can fight (even with assault rifles) for their political turf. They can storm radio stations and harass their opponents.

If a projection were to be made into the future, it can only be speculated how far the NRM that has shown itself to be this defiant would be prepared to accept Museveni’s imposition of his son Muhoozi Kainerugaba on the party as the next president of Uganda.

The NRM elections also proved that the ruling party’s supporters know as much about rigging as the rest of the country and have an idea that when the opposition complains about rigging, this is not just a case of sour losers.

The confusion surrounding the elections was the first, unequivocal, highly public demonstration that the NRM is a fractured party. It might not yet be at the point that the UPC party and the UNLA army were in 1985, culminating in that July’s military coup.

However, this drama has helped shatter the long-held image of the NRM as a solid, powerful, united political force.

Most of the assumptions upon which the idea of opposition parties contesting Uganda’s elections as coalitions were built, were over this impression of the opposition confronting a single powerful force.

The fallout and bickering have been so unusual and dragged on for so long, that inevitably some suspicion has arisen that there might be a hand behind it all.

It is difficult to put it past the NRM party chairman, Yoweri Museveni, to stir up the confusion within the NRM, as many skeptics have pointed out. After all, even with all the hostility that the various camps within the NRM feel toward each other, somehow they all seem to have one thing in common — loyalty to Museveni.

While this is still speculation, this certainly seems to be a turning point for the NRM.

The full extent of this fall out within the NRM will be explored in this edition of the Uganda Record.