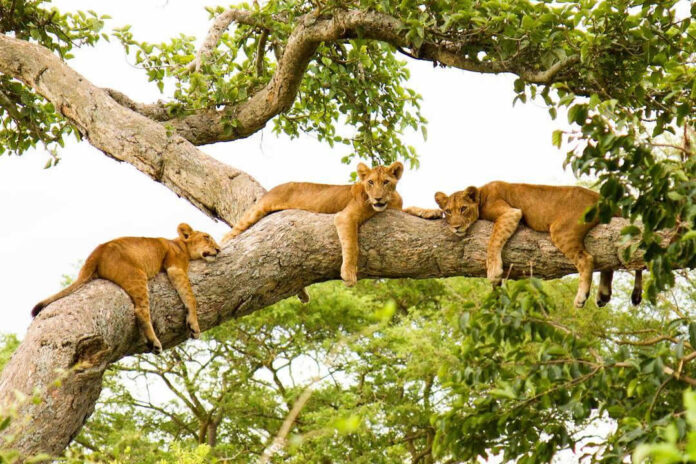 Kasese district will play host to this year’s World Wildlife Day main celebrations, slated for March 3. The week-long celebrations started on February 24 with a Uganda Wildlife Authority -organised marathon at the Uganda Museum, followed by a public lecture that was hosted by the Wildlife Conservation Society (WCS) on February 26, among other activities.

The main celebrations will be held at the Uganda Wildlife Research and Training Institute campus in Katwe-Kabatooro town council, in Kasese district, and President Museveni is expected to be the main celebrant at the event that is running under the national theme, “Creating a safe environment for the survival of Uganda’s big cats.”, which is in line with the global theme, “Big cats: Predators under threat”.

Kasese district is home to Queen Elizabeth National Park, Uganda’s most popular tourist destination whose diverse ecosystems have made it an ideal habitat for big cats and primate and bird species.

“His Excellency Yoweri Kaguta Museveni, the president of Uganda, will preside over the proceedings that are expected to draw distinguished personalities, conservationists, nature-based operators, and those affected by big cats, among others,” the ministry said in a statement, adding that persons who have made significant contributions to Uganda’s wildlife conservation will be awarded.

This year’s World Wildlife Day aims to raise awareness about the importance of protecting the world’s endangered big cats, whose numbers have been plummeting over the years. They include leopards, lions and cheetahs, tigers, pumas and jaguars.

Uganda is rich in biological diversity with significant numbers of fauna and flora that are the bedrock for the country’s growing tourism industry, the country’s tourism ministry said.

He added: “Predators under threat’ imparts the pressing need for international, national and personal actions to ensure the survival of all big cat species. Challenges arising from human activities must be resolved by people. At a time when a crisis can still be averted, it is essential to take action now.”

The CITES Secretariat is working with partners in the United Nations system, Member States and leading non-governmental organisations, including those specialised in big cats conservation, to organise a high-level event at the UN Headquarters on 2 March to observe World Wildlife Day 2018.

The CITES Secretariat is co-organizing an International Big Cats Film Festival with Jackson Wildlife Film Festival with the aim of galvanizing “the power of media to inspire wonder, catalyze change and move the dial on the conservation of big cats. Wildlife movie makers around the world are invited to submit their inspiring works before 31 December 2017 (Click here to find more information about the festival and to submit your films).”

The CITES Secretariat will release the new update on trends of illegal killing of elephants for 2017 on 3 March 2018.

The UN Postal Administration will issue 12 stamps on 3 March showing species of wild animals and plants included in CITES Appendices in the past 25 years to mark the 25th edition of the United Nations Endangered Species always featuring CITES-listed species.