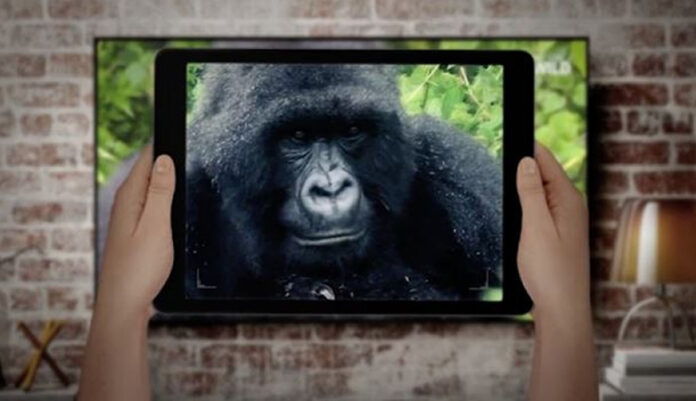 It has been a remarkably good year for the Uganda tourism industry. Visits to Uganda national parks have increased significantly. More international airlines have commenced daily flights to Entebbe International Airport.

Two new picturesque five-star and four-star hotels have swung their doors open for visitors to Kampala. New roads have been constructed to open up the country’s hidden gems. And gorilla trekking is now in the boom thanks to Rwanda’s inexplicable decision to double its permits from $750 to a whopping $1,500 – more than double the price in Uganda.

The industry’s robust growth can be partly attributed to the Uganda Tourism Board’s (UTB) latest industrious marketing drive. This year, the country’s tourism industry regulator has effectively utilized some of the most efficient marketing channels and subsequently put Uganda on the world tourism map.

Aside from successful public relations campaigns in European and North American mainstream media, UTB has also made good use of today’s most effective marketing medium: social media. In fact, a recent survey ranked UTB number two in Africa in the top tourism boards on Twitter, after South Africa. Uganda was also ranked the 4th best country in the world to visit in 2017 by Rough Guides, a leading UK travel publisher.

Uganda’s tourism renaissance began 10 years ago following the end of the LRA and ADF wars that, for a long time, ravaged the northern and western parts of the country, stifling tourism growth in the 1990s and early 2000s.

In 1990, for instance, Uganda welcomed just 69,000 visitors, but the number skyrocketed to 642,000 in 2007 when the war lords were finally driven to Central African Republic.

The industry has since enjoyed an unwavering upward trajectory, year after year, save for 2009 when arrivals slumped from 844,000 visitors the previous year to 806,000.

The industry bounced back in 2010 with a bang, registering 946,000 international travellers, and in 2016 Uganda bested all its East African neighbors in terms of visitor numbers, attracting over 1.4 million tourists – and $1.4 billion of their cash. Now UTB’s target is to attract four million annual international travellers by 2020.

In the past decade, there has been a steady increase in national park visits, according to data from the Uganda Wildlife Authority (UWA), the government agency that overlooks the country’s 10 national parks, 12 wildlife reserves, five community wildlife management areas and 13 wildlife sanctuaries.

UWA data indicates that national park visitors increased from 108,678 in 2006 to 245,725 in 2016 – about half of them non-East Africans. The agency is yet to release the latest statistics but officials there have intimated to Uganda Record that this year’s numbers are even more impressive.

A 2016 W Hospitality Group survey on hotel chains development in Africa revealed that there are about 1,200 more hotel rooms set to be constructed in Kampala and agreements had already been signed with famed international hotel chains such as Radisson Blu, Hilton Garden Inn and InterContinental to manage some of the new hotels. These hotels would open between 2017 and 2020, W Hospitality Group said.

This year has seen the opening of two new five-star and four-star hotels in the capital Kampala, bringing the total number of five-star facilities in the city to eight. The four-star Golden Tulip Canaan Kampala, which operates under the auspices of Golden Tulip, an international hotel chain, opened in Kampala in May, adding a total of “124 tastefully appointed rooms and suites, many of which include private balconies overlooking the lush grounds of the adjacent golf course.”

The new hotel, located in Nakasero in the city’s central business district, offers everything luxury: sleek conference rooms, a rooftop restaurant and lounge “where you can admire sweeping views over Lake Victoria”, a wellness centre and gym.

October saw the opening of the five-star Pearl of Africa Hotel, also located in the swanky Nakasero neighbourhood. The 23-storey property, which offers guests a 360 degrees view of Kampala, has amenities such as “a 740 square-metre ballroom, nine meeting rooms, two boardrooms, a business hub, three swimming pools and a cutting-edge wellness centre with a luxury spa and a fully equipped gym. ”The original plan was to make this facility Hilton Hotels’ Ugandan arm but it’s currently under the management of South Africa’s Sovereign Hotels.

Such imposing hospitality facilities, industry players say, have made Uganda a competitive meetings, incentives, conferences and exhibitions (MICE) destination in the region. Uganda now boasts up to 90 graded hotels and lodges – up from less than 30 just two years ago when the tourism ministry first classified the country’s hotels.

For a long time, one of the reasons some gorilla tourists preferred Rwanda to Uganda was the former’s smooth roads that lead to the Volcanoes National Park, home to the region’s star attraction, the critically endangered mountain gorillas that reside in only two places in the world: the Virunga Massif (a range of eight volcanic mountains that straddle Rwanda, Uganda and DR Congo) and Bwindi Impenetrable Forest in Uganda.

While the journey from Kigali International Airport to the Volcanoes National Park takes only about three hours – but most importantly on good (very) roads – travelling from Entebbe International Airport to Bwindi or Mgahinga, Uganda’s national parks that play host to 53 per cent of the world’s remaining mountain gorillas, has for a long time been taking about two days, not just because it’s a long distance, but also because one had to drive on several kilometres of bumpy roads.

But things have changed now. Today, the journey to Mgahinga and Bwindi is more comfortable and fast and now thousands of visitors are making their way there each year to have an up close encounter with the mountain gorillas. The recent construction of the Mbarara-Kabale and Kabale-Kisoro roads has reduced the time spent on the journey to just seven-eight hours.

“Now gorilla trekking is booming because of the easy access to Bwindi and Mgahinga,” says Waisswa. “In fact, ever since Rwanda hiked the price of their gorilla permits, demand for gorilla trekking in Uganda shot through the roof… Nowadays a tourist has to book six months in advance as permits are always sold-out.”

Uganda has 12 habituated mountain gorilla groups and only eight tourists can track each group per day, meaning that only 96 gorilla permits are available every day.

Away from Kabale, Kisoro and the mountain gorillas, today almost the entire country has paved roads, and the time spent on the journey from Entebbe to Kampala will also soon be reduced significantly following the construction of the $476 million, four-lane Kampala-Entebbe Expressway. The new Kampala-Entebbe road is expected to be completed in May 2018.

We all know that Uganda’s aviation sector has recently been facing too many challenges. National carrier Air Uganda was put on the scrap heap. Talk of reviving the defunct Uganda Airlines is still just that – talk. Vule Airways, which was established in March 2017 and promised to begin life in November 2017 as Uganda’s newest airline, is yet to take off. And Entebbe International Airport recently fell off British Airways’ network map.

However, fortunately for the industry, more international airlines have launched flights to Entebbe International Airport in the past few years. Qatar Airways and East African Safaris have recently joined the fray and this year Brussels Airlines launched daily flights between Entebbe and Brussels.

Even though majority of international travellers to Uganda are Africans, Uganda has been marketing its attractions in Europe and North America because European and American travellers stay longer and spend more money, according to Stephen Asiimwe, the CEO of UTB.

While Kenyans and Rwandans love Uganda because of its bustling entertainment scene, West Africans are interested in faith tourism while South Africans’ main motivators for travel to Uganda are culture and the country’s unique natural attractions.

For most international tourists, however, the biggest incentive for travel to Uganda is game viewing as the country is home to the African Big Five (lions, buffaloes, leopards, elephants and rhinos), as well as chimpanzees and the iconic, yet critically endangered mountain gorillas, which are currently numbering an estimated 1,000 individuals.

Wildlife aside, there are several other attractions that make Uganda unique: the country is home to the source of River Nile, the world’s longest river; 50 per cent and 10 per cent of Africa’s and the world’s bird species respectively reside in Uganda; Lake Victoria, the world’s second biggest and Africa’s biggest fresh water lake, can be found in Uganda; Uganda’s Kibale National Park has the highest concentration of primates in Africa; and with more than 40 tribal groups, Uganda is the most ethnically diverse country in the world, followed by Liberia.