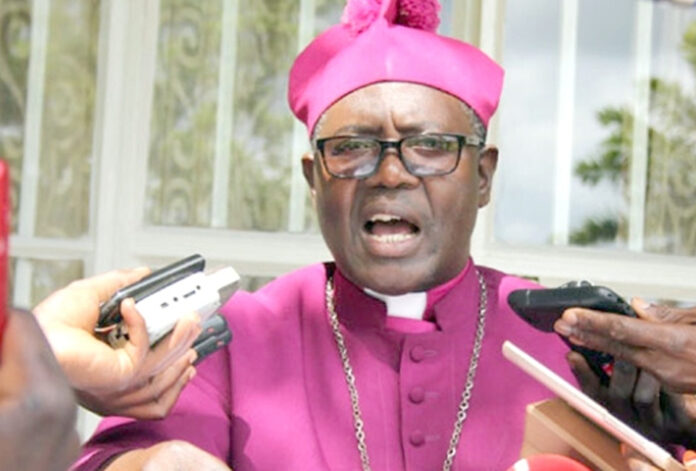 Bishop Katumba made the remarks on Sunday, while leading the confirmation service of students at Kako secondary school, in Masaka district.

In his sermon, the prelate noted that ‘Godly’ words carried in the motto are leap services, arguing that what is currently done is in gross contrary of what the fore-fathers had while composing both the national anthem and the motto.

The words; “FOR GOD AND MY COUNTRY,’ stand out as Uganda’s motto; which directly comes below the national emblem, to give a feeling of country that is guided by the creator on whose whims it is also governed.

However the bishop says the country was derailed from the generally accepted principles upon which it had initially been premised.

“Many educated Ugandans have used their pens to rob us of the resources that were meant for us all, yet the motto says for God and My Country,” Bishop Katumba said, adding:” your Christian name must be coupled with Christian acts’

He stressed that education which is devoid of God is training clever devils and urged the students to be ambassadors of Christ.

The Bishop also urged students to speak positive about the school and work hard to have good grades so as to bring back the glory of the school. 17 students were confirmed and many students gave their life to God.

Rev Alice Kikulwe, the school chaplain tasked students to take the Bishop’s message seriously calling upon to stick to God.