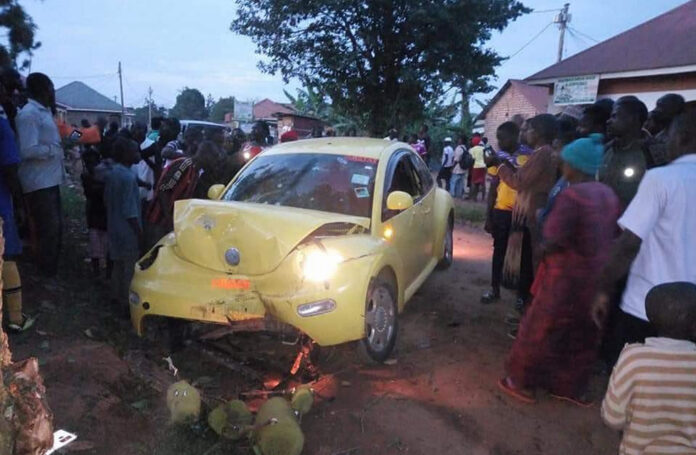 In his “State of the Nation” address earlier this week, President Museveni informed the country that he knows the killers of Susan Magara, Andrew Felix Kaweesi, Joan Kagezi, etc. He said, for instance, that Magara’s killers were arrested and charged in cout, and that two of them were killed during the arrest of others.

I didn’t believe him. I know very many people didn’t believe him, either. If Security had conclusive evidence on who killed Kagezi and Kaweesi and they had the suspects, for instance, the President would already have asked the Judiciary to arrange a quick trial and provide some answers to a public that is so distraught and now doubts whatever our Security and Museveni may have to say about anything.

That statement above is massive, because Museveni had for many years distinguished himself as the master of solving security situations. I think he surrendered this initiative when he allowed Kale Kayihura to abuse and deconstruct the pillars of our security system in exchange for promoting Museveni’s politics and subduing his political opponents.

All of a sudden, criminals assumed the tools of the State, crime intelligence and investigation was sacrificed as Kayihura killed CID and proped up parallel units largely comprised of ill-trained officers with questionable integrity.

By the time Museveni woke up to reign in Kayihura, almost 13 years later, it was too late. I doubt that, at 73 and with fatigue gathered through over 32 years of rule and before that more than a decade of fighting, Museveni still has the stamina to rebuild the basic tenets of our security afresh and regain full control of the situation.

That is why many of his statements on insecurity these days ring hollow. He referred to those who killed Abiriga as “cowards” and “idiots”. What does it help to insult killers? These guys started by shooting shiekhs, they then shot a senior prosecutor, an army major, an assistant inspector general of police, and now an MP.

The manner of the killing is principally the same – guys riding motorcycles ambushing their target and finishing the job. No target gets away regardless of how trained the target or their guards may be. The guards never even get a chance to shoot back, so not even a single attacker has been injured in any of the incidents. The killers then take away the victims’ guns in an apparent promise that they will be back for more.

When Museveni said that he knows the killers of Kaweesi, for instance, he didn’t tell us whether the guns that were stolen by his killers were recovered. The other distressing fact is that we have been told on several occasions that the killers have been arrested but months later, a similar crime is carried out, with similar precision to the one for which the implementers were supposedly arrested. This then begs the question, are we faced with a full “army” of killers whose ranks can’t be depleted regardless of whether 90 of them are arrested in connection to one crime?

When a shiekh who had bodyguards was killed, Shiekh Nuhu Muzaata, who also had guards, said he would send them back and if he were to get killed, die alone. It is now clear that having guards with whom one drives in the same vehicle serves no purpose apart from putting untargetted persons at risk and increasing the death toll in case of an attack.

The questions are many, answers so few if any.

So, regarding the killing of Abiriga Ibrahim, the ever happy Arua Municipality MP who provided comical relief in a society that has had little to smile about in recent times, I am sad. In fact, Abiriga had cried out earlier that he was being trailed. But Abiriga being Abiriga, it was difficult to take him seriously. I actually laughed heartily when I first heard him make the claim that he was being followed. I thought he just wanted to attract the attention of his master.

The debate will now turn to the motive of the killers, although it is even possible that Abiriga had no one who badly wanted him dead and was just a soft target to make a political statement. I mean, isn’t it embarassing that Abiriga was keenly listening to President Museveni just two days before his brutal shooting as the head of state reassured us on security? How is that for a statement?

Thinking of all this, I wonder, will President Museveni sit down and reflect on how differently he can handle this? Can it occur to him that he may no longer be the lone super star he has been for Uganda for too long, and that the debate on how to heal our country needs to be broadened way beyond his increasingly narrowing circle? What if the killers now want to send chills down Museveni’s most loyal supporters? What if the killers’ objective is to discredit Museveni and force Ugandans to the breaking point? Is Museveni prepared to fight back until that breaking point arrives? Or does he still have it in him to turn this around?

To the family and friends of Abiriga, and Uganda, I extend to you my heartfelt condolences