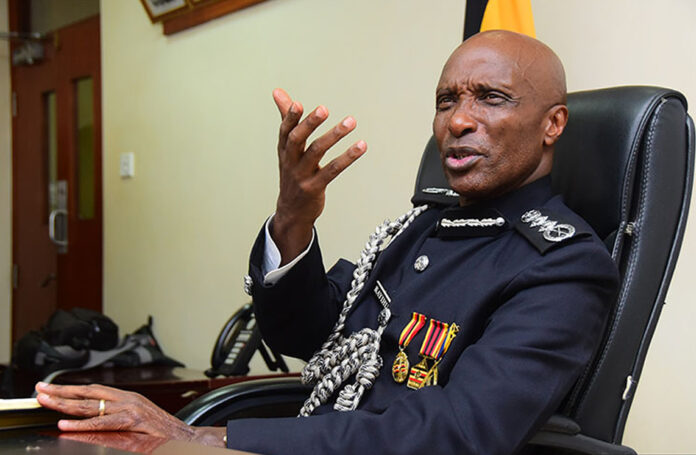 Gen Kale Kayihura has finally been sacked, having been police boss for 12-and-a-half years.

When the news of his sacking casually filtered through on social media Sunday evening, I’d somehow gotten convinced that Museveni would let Kayihura finish his three-year term which he started last November.

I look over my shoulder very often when I walk these days and I generally have more fears about security than I used to have a few years ago. This town has, in the minds of many of us, been reduced to one zone where you could get shot, stabbed, kidnapped, robbed or have your house or car broken into any time.

I know a number of people who did not care to report to the police when their property was stolen or when they were attacked by thugs. It all seems like a big waste of time to report such incidents to the police. We have grown to suspect that the police works with criminals. By the time President Museveni said it when former police spokesman Kaweesi was murdered last year, we already knew it.

Of course you have read about many more, much bigger cases of crime involving policemen – from abduction to murder and robbery. It no longer surprises us.

But even with all this happening under Kayihura’s nose, I still expected him to keep his job. That is how low my expectations had sunk. I am still shocked at his sacking and I have a premonition that it has little to do with his failure to solve ordinary crime.

I say this because I think that the way Kayihura understood it, he was never appointed to solve crime. His principal job was to keep Besigye and other opponents of the regime at bay, and I think he will argue that he did it well.

Only yesterday, his men ordered Besigye to prematurely leave a dinner to which he had been invited by students in Mbale. I lost count of the number of times Kayihura’s police foiled Besigye and prevented him from doing his political and even social business.

For as long as Kayihura did this job well, he got huge funding and seemingly didn’t get asked questions on how he spent the money. He grew so big and created an empire that had subsidiaries like Kitatta’s Boda Boda 2010.

When a citizen took Kayihura to court over what he thought was a crime the IGP had committed, Kitatta mobilised goons that took the magistrate at Makinde court hostage. Kayihura had been summoned to appear in that court.

The man grew so strong and had so much money to the extent that, I hear, he sponsored a good number of individuals to join parliament.

When Amama Mbabazi tried to build a power base against Museveni, Kayihura punctured it and laid it bare for the president to see and listen to what his comrade was up to.

In the end, I’d imagine, Kayihura considered that he was too busy fixing the politics of Yoweri Museveni to concern himself about small matters like training, equipping and motivating detectives to solve crimes committed against ordinary people.

The policemen seemed to have learnt to survive without help from Kayihura, hence the growth of practices like conniving with Kifeesi and bigger criminals.

When the crime rate eventually flew through the roof and there emerged a loud cry for Kayihura to act, he did not know where to start from. This was a different animal from teargassing Besigye and so on. I’d believe him if he said that when the army started arresting officers close to him and charging them with very serious crimes, he was surprised that his trusted men had done such things.

He did well to protect the power of his boss from being encroached upon by Besigye and group and all the while he was not being told that what he was doing was a wrong thing and needed to change course.He was only told that the police is actually principally charged with preventing and fighting crime, and that fighting the regime’s opponents is not its job, when it was too late in the day.

As he rests in his chair, head in hand, pondering how he got shortchanged, I am lying down on the floor wondering how we ended up with such a man as IGP for over a dozen years.